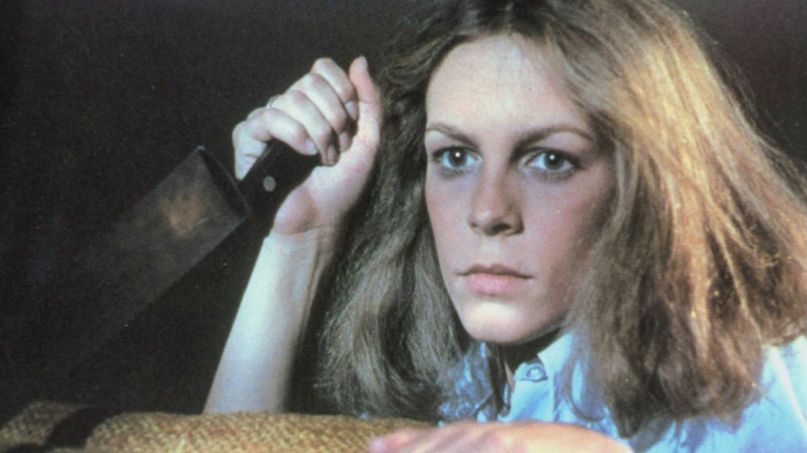 Much has been said and written about the film and its production, from documentaries to podcasts to countless editorials, and yet there always seems to be more to glean each time the seasons change and the pumpkins appear on doorsteps.

As such, in celebration of the film’s 40th anniversary (October 25th) and in anticipation of David Gordon Green’s forthcoming reboot (October 19th), we’ve strung together five fun facts that you can bring to your next rewatch with your bowl of candy.

Before you write hate mail to David Gordon Green and Danny McBride for ignoring the sequels, know that Michael Myers and Laurie Strode were never supposed to be related. In fact, that whole conceit came out of necessity, as Carpenter told Consequence of Sound in 2017, “[Halloween II] hard to write. I just didn’t think there was any more story after the first one. And I had to come up with a story, so I’d get a six-pack of beer and sit down at the typewriter every night. I mean, it was horrible. It was awful. I’m not really a fan of the sequels. But what the hell, they pay me. They pay me money, so I can’t knock it.”

Despite being the ultimate Scream Queen, Jamie Lee Curtis actually hates horror movies. Well, maybe hate is too strong a word, but she certainly doesn’t enjoy them. “I scare easily,” Curtis told People in 2015. “In fact, that’s what my tombstone should say: ‘Scared Easily’ … I just can’t watch thrillers or violence or anything with the possibility of ominousness. I’m too jumpy.” It should be noted that, following Halloween, Curtis made a name for herself starring in 1980’s The Fog, 1980’s Prom Night, 1980’s Terror Train, 1981’s Roadgames, and 1981’s Halloween II.

03. Eyes Without a Face Inspired The Shape

Yeah, yeah, everyone by now knows that Michael Myers is actually wearing a William Shatner mask. Hell, it’s the first piece of trivia you get on any Google search — right after: “The movie was originally called The Babysitter Murders!” and “Halloween was Jamie Lee Curtis’ first film!” — but what you traditionally don’t learn is that the look itself dates back to 1960. Ahem, specifically, Georges Franju’s unnerving psychological horror film, Eyes Without a Face. Carpenter is a big fan of the oldies and one look at this black and white stunner says it all. On a related note, the film also did wonders for Billy Idol.

02. Carpenter Wrote the Theme in an Hour

That spooky theme? The one that’s so iconic it’s recognized by people who haven’t even seen the goddamn movie? Well, Carpenter wrote it in less time than it takes to watch the flick. “That theme was done in like an hour,” he told Consequence of Sound in 2017. “We moved on.” In other words, speed kills, sure, but not in the recording studio. Then again, Carpenter previously admitted in one of the past commentaries for the film that he had the music in his head the whole time, so maybe it was just a matter of sitting down and carving out the pumpkin. Either way, it’s impressive.

01. Carpenter and Hill Got Fucked Over

Despite being the masterminds behind what’s become an unstoppable franchise — even if producer Irwin Yablans did suggest adopting the holiday — both Carpenter and Hill made very little on the original film. Now, this is frustrating, even decades later, because the little-indie-that-could not only wound up being a commercial success, but became the highest grossing independent film at the time of its release. (It grossed $70 million worldwide on a $300,000 budget.) This is why the two stuck around for the 1981 sequel, and why Carpenter would later demand to be paid $10 mil to direct 1998’s Halloween H20: Twenty Years Later, which Dimension Films declined. Ah, Hollywood.