The band's complete discography will be released in four batches 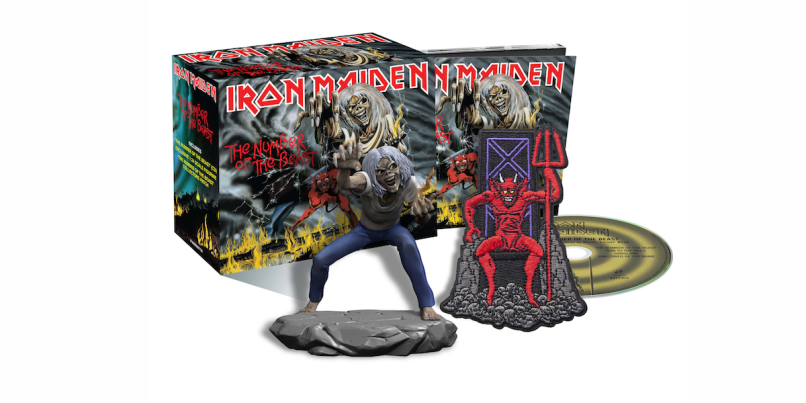 Like all proper legacy artists, Iron Maiden have given their studio output a buff and polish in recent years. The sixteen albums they released between 1980 and 2015 have been remastered and re-released on vinyl and through iTunes. And today, the metal titans announced that they will be issuing all the albums anew on Digipak CDs as “The Studio Collection – Remastered”.

“We’ve wanted to revisit these for a long time and I was delighted with the remastering we did in 2015,” bassist and founding member Steve Harris said in a statement accompanying this announcement. “I thought it was the best that our albums have ever sounded and it was only right that we made them available on CD now, too.”

The new Digipak releases, sourced from the 2015 hi-res digital remasters, will be released chronologically over the next nine months in batches of four, starting on November 16th with the re-release of Iron Maiden, Killers, The Number of the Beast, and Piece of Mind. Fans will also have the choice between a standard edition of Beast or a special boxed set that comes with a collectible Eddie figurine and a patch. These first four are available for pre-order now.

From there, Maiden will move through their catalog, dropping four-disc batches in February, April, and June of 2019. And in each batch, one album will be given the collector’s edition treatment with a new Eddie figurine and patch. As well, all the remastered versions of these records will be released to streaming services.

Maiden, who just wrapped up a leg of their career-spanning “Legacy of the Beast Tour”, are already making plans to continue that jaunt into 2019. The only thing on their calendar right now is a headlining stop at Brazil’s Rock In Rio Festival, but future tour dates will be announced before too long.