Plus, check out its beautiful music video, self-directed by the Chicago R&B artist 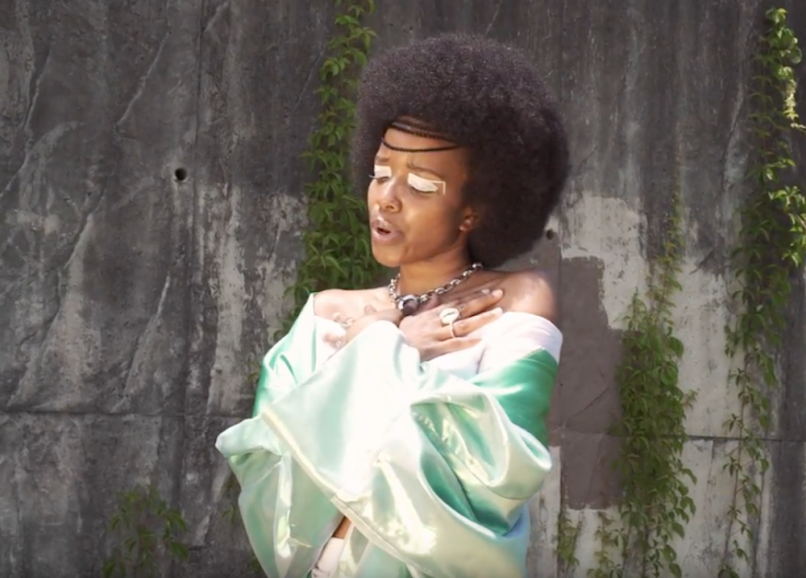 On her exceptional 2017 debut album, HEAVN, Chicago’s own Jamila Woods stood “tall, offering a voice not only of astute criticism and observation, but also of hope for a better future and black self-love today,” Consequence of Sound’s Adam Kivel wrote in his glowing review. The CoSigned R&B singer continues to spread that same message of self-love with her latest single, “Giovanni”.

The empowering number sees Woods declaring herself as “impressive,” and never beholden to anybody, least of all men. No one “gonna take that energy away from me,” and no one can tell her “how I’m supposed to look when I’m angry/ how I’m supposed to shake when you’re around me,” she sings. The track, as well as its title, references “Ego Tripping”, a poem by Nikki Giovanni.

“‘Giovanni’ is a song about owning & celebrating all the parts of myself,” Woods commented in a press statement. “It’s about legacy and lineage, and how the love & strength of the people who made me makes me feel invincible.”

Check it out below via its official music video, the first-ever directed by Woods herself. The touching clip features footage of Woods’ grandmother flipping through old photo albums and dropping wise wisdom (“You can’t depend on no man… don’t let them misuse you”), as well as testimonials from other black women who’ve used self-love as a way to break through their own personal limitations.

In June, Woods teamed up with with Louder Than a Bomb founder Kevin Coval for new 7-inch single. She was supposed to hit the road with Gallant and Cautious Clay this month, but the “Too Good To Be” trek was canceled last minute due to conflicts with Gallant’s creative schedule. However, she’s still scheduled to close out Red Bull Music Festival Chicago with a performance at the Harold Washington Cultural Center on November 30th. Grab tickets for that show here.