Jordan Peele’s The Twilight Zone to remake Nightmare At 20,000 Feet with Adam Scott 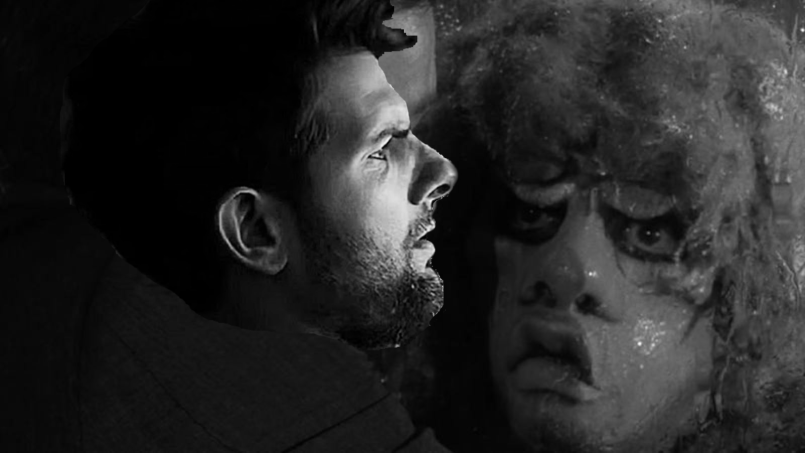 Aside from Stranger Things 3, there’s nothing more exciting coming to television next year than Jordan Peele’s reimagining of The Twilight Zone for CBS All Access. Already, we’ve seen a short teaser trailer, which gives us a preview of Peele channeling his inner Rod Serling, and now comes word that, yes, the original series’ source material is up for grabs and will undoubtedly get another 21st century facelift.

According to Deadline, Parks and Recreation star and ’90s alternative rock superfan Adam Scott has climbed aboard a remake of Nightmare At 20,000 Feet for the series, only this time it’ll be titled, Nightmare at 30,000 Feet. Diehard fans, of course, will remember the iconic season five episode, which starred William Shatner as a sweaty passenger, whose own fear of flight materializes in the form of a gremlin he can only see.

Here’s the thing, though: George Miller already delivered an incredible remake in what was one of the better segments of the series’ 1983 hit-or-miss anthology movie. John Lithgow injected even more paranoia to the role, while the original gremlin, which looked like the cock-hungry dog from The Shining, was transformed into an entirely different, unnerving creature. So, yeah, this will really have to soar to take off.

Then again, given Peele’s pedigree for both parody and social commentary, there’s little doubt he’ll succeed. After all, this particular chapter of The Twilight Zone is ripe for a modern incarnation, what with all the changes to flying in our post-9/11 society. Perhaps Scott suspects a terrorist is on the flight, and yet also fears of racial profiling, having to debate the consequences of calling someone out? See, not too hard.

Still, it’s somewhat disappointing that this series is even mining older material. Peele is such a prolific writer, and Get Out is arguably the greatest Twilight Zone episode in nearly five decades, so here’s hoping these remakes are only relegated to one per season. As Deadline also confirms, actress Sanaa Lathan has also signed on to star in the episode “Rewind”, which doesn’t appear to have any connections.