I, for one, applaud Justin Bieber for eating his burrito like a goddamned freak

Why criticize when we can learn from his unconventional ways? 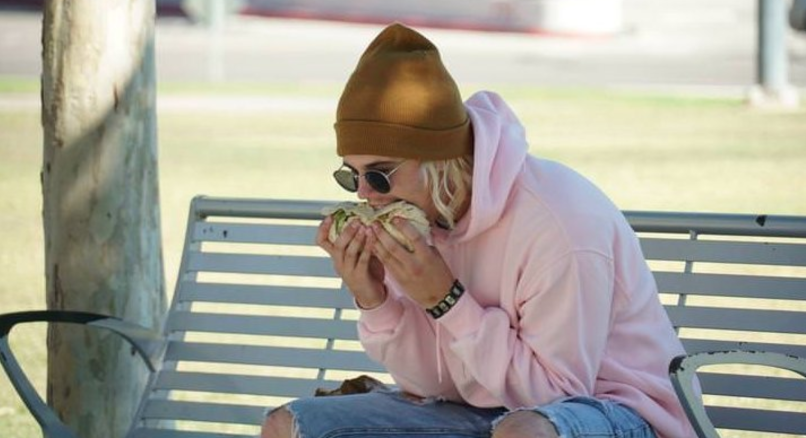 Update – October 29th: The viral photo of Justin Bieber eating a burrito wasn’t actually Bieber, but rather a lookalike who was participating in a prank staged by the YouTube Channel Yes, Theory.  Our opinion on his burrito eating technique remains unchanged.

Look, Justin Bieber grew up in a bubble where all of his worst, most juvenile behaviors were encouraged and justified by a parasitic gang of cash-hungry heels. As such, what’s normal to us is strange and even frightening to him; it’s why he treats fans like animals and disregards tasteful displays of fashion, religion, courtship, and urination. Sure, this can make him and the tremendous weight of his influence seem disquieting, if not downright terrifying. But it can also offer us a vital glimpse of someone with no fear of consequence. Bieber’s net—stitched together from wealth, fame, and muscle—is so vast that no fall is to be feared. He can literally do anything.

This became abundantly clear earlier today when a photo of Justin Bieber eating a burrito alone on a park bench went viral. Bieber’s burrito is completely unwrapped, and the pop star is not eating the cylindrical bundle of meat, cheese, and vegetables so much as he’s feeding on it like a pig from a trough, his white, capped teeth sinking into its soft, slightly moist middle. The internet is losing its shit over this photo, asking if Bieber simply doesn’t know how to eat a burrito. It’s not an unfounded response, and it’s very likely that Bieber is so disconnected from reality that he approached the meal like Rick Moranis approaches a slice of pizza in Ghostbusters. “Yes, have some,” Bieber probably said when handed the burrito.

Really, though, aren’t all the best parts of a burrito in its center? That flavorful, texturally rich amalgamation of salt, fat, acid, and heat? Aren’t the first few bites of a burrito just mouthfuls of flour anyway? If you’re not worried about staining your disgusting hobo clothes, why not eat a burrito this way?

Anyways, leave him alone. And listen to him alongside Chance The Rapper and Quavo on DJ Khaled’s “No Brainer”.