Kanye says he scored a 133 on Mensa IQ test, compares his brain to women’s bodies

In a video streamed live from Africa, Kanye went on a lengthy diatribe about mind control 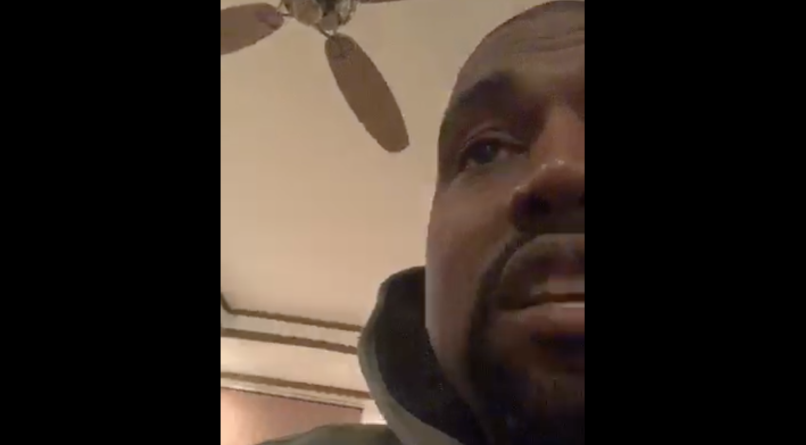 Coming to you live from Africa… it’s a Kanye Twitter rant about mind control.

Kanye is currently in Uganda getting inspiration for his next album. If the video he posted to Periscope on Saturday night is any indication, mind control and the programing of culture look to be central themes… which I guess is better than an entire album about Trump.

The video began with Kanye boasting about his own genius: “I just got back my IQ scores. It’s Mensa level — [a score of] 133, 98% percentile. Straight up Sigmund Freud, Tesla vibes.”

From there, Kanye likened “when people try to tell me what to do” to someone “touching my brain,” and he described the attempt to control his thinking as on par to someone trying to control a woman. “She wants to be in control of her body and choose who she gives it too. And no one can come up and touch it, or take it, or tell her what to do with it. It’s up to her what she does with it. I feel like that with my mind.”

“Black people… people on social media, people trying to control us and make us all monolithic thought. They’re trying to control my mind, when someone tells me what to do, what I can wear… I feel like they’re touching my brain,” Kanye remarked. “Imagine if you cut your skull open and someone were to touch your brain with their hand… how that would hurt you. That’s how it hurts me when people try to tell me what to do.”

Elsewhere in the video, Kanye expressed his desire to buy back his publishing rights from Sony/AV, but has thus far been unsuccessful. Regarding his next project, he said “the music is the best on the planet. I am the best living recording artist.” He said he got rid of his laptop, including a number of reference tracks. “I don’t need the references, the spirit will give me new ideas… The spirits flow through me. The spirit of Fela, the spirit of Marley, the spirt of Pac… they flow through me.”

Kanye assured his fans that he’s “not crazy,” but “I can ramp up if I suffer from sleep depravation.” He then said he was going to sleep.

If you so choose, watch Kanye’s full comments below.