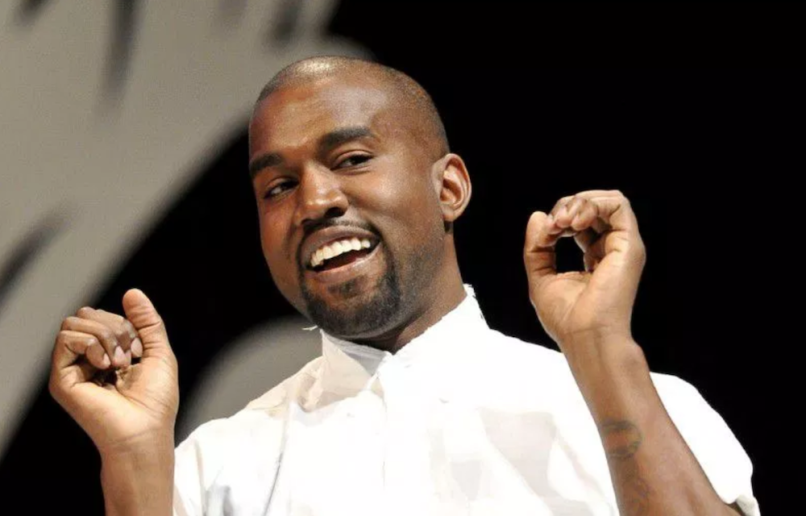 Kanye West had initially promised that his newest album, Yandhi, would see release this past Saturday. Clearly the world got its full of Ye this weekend given his ridiculous guest-heavy Saturday Night Live performance, his subsequent pro-Trump rant, and Band-Aid Gate, so maybe it’s a good thing the record never actually materialized. But if anyone out there is still waiting with bated breath for the LP, Kim Kardashian is here to let you know of the new release date.

Mrs. Kardashian-West is apparently over being whined at about having purchased the wrong colored adhesive strip, because she tweeted out that Yandhi is now set for release on November 23rd, aka Black Friday. “TRUST ME it is worth the wait,” she wrote, followed by a litany of emoji.

During an appearance on TMZ Live on Monday, Kanye himself revealed why there’s been a delay — and it’s pretty much because he didn’t finish it. Apparently, someone on his management staff “suggested that the album was so good” that he should finish it in “what is known as Africa.” Kanye said he’s been “incorporating sounds that you’ve never heard before,” as well as fresh concepts that “people don’t talk about” — like body-shaming and slut-shaming, you know, topics that have been prominent in the cultural discourse for the last few years but apparently no one is talking about.

The whole TMZ visit is worth a watch just to get a glimpse at how far Kanye seems to be going these days. He admitted in the interview that he’s off his medication, and it’s sadly apparent. Watch the clip below, followed by a full transcript, because it’s worth it.

“I didn’t finish it. A free… a person from my management staff, from our management staff, had suggested because the album is so good. It’s my… You know, I started incorporating sounds that you’ve never heard before and pushing. And having concepts that people don’t talk about. We have concepts talking about body-shaming and women being looked down upon for how many people that they slept with. And, you know, it’s just a full Ye album. Those five albums that I dropped earlier were like superhero rehabilitation, and now the alien Ye is fully back in mode. Off of medication, working out, breathing as much fresh air as possible, thinking, doing, being himself [gestures to MAGA hat]. And when I say ‘being myself’ that doesn’t mean I’m being Donald Trump. It means I’m being me, and I’m punk. And I can wear whatever I want, ’cause I’m a god. And there’s nothing that I can wear — this T-shirt, this don’t make me. This is the way I look at this time on this planet, ya know? Other times, maybe had a robe on. Next time, maybe it’s a full electrical suit and we just have just our chakras here and everything else is mechanical, so we’re like running at like a thousand miles per milli-milli-milli-milli-whatever that is. So this is the type of energy that we’re putting into the album, so we’re going to Africa in two weeks to record. So that I can get — I felt this energy when I was in Chicago, I felt the roots. We have to go to what is known as Africa. I just need to go and find out what it’s really called and just grab the soil and be. And cook food, five meals a day so the metabolism stays up. And have my kids in the studio and have the mic in the open so you can hear nature while we’re recording. So we’re gonna bring out the album on what is known as Black Friday, which is November 23rd. I’m so happy about what’s happening. Just to give the people the full Ye, because a lot of people say there hasn’t been albums as good as Watch the Throne and Dark Fantasy and 808 since that time.”

Keep in mind, that entire thing was in response to, “Why didn’t the album drop on Saturday?”

Kanye began teasing Yandhi just days before its initial scheduled release date. The follow-up to his own solo LP ye and his Kid Cudi collaboration Kids See Ghosts, Yandhi is being presented as something of a Yeezus sequel thanks to its similar album art.

Somehow we don’t think Chris Evans or Lana Del Rey will be forcing themselves out of their tryptophan comas to spin Yandhi on November 23rd. After Ye’s SNL rant and a tweet suggesting we abolish the 13th amendment, Evans and Del Rey both took Kanye to task. Evans remarked that “debating someone who doesn’t know history, doesn’t read books, and frames their myopia as virtue” is “maddening,” while Del Rey said Kanye’s support of Trump “is a loss for the culture.”