Lars Ulrich: “We hope we can get another 20, 25 years out of Metallica”

"A lot of people are retiring, and we feel very energized and rejuvenated" 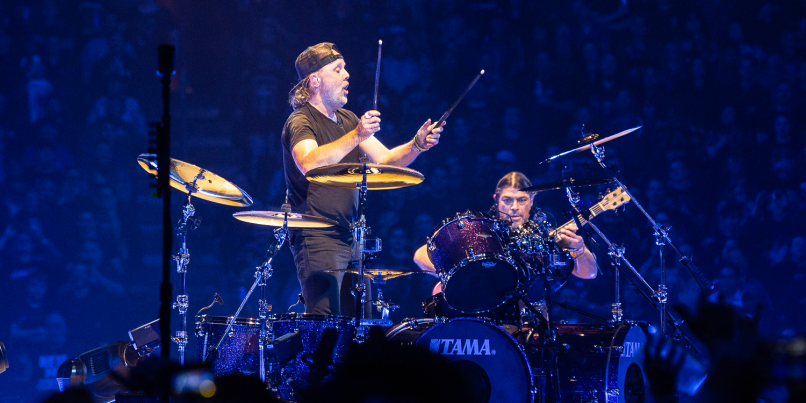 While their contemporaries Slayer have embarked on their final tour and their heroes Black Sabbath have already called it a day, Metallica see no end in site. In a new interview, drummer Lars Ulrich says he hopes the band has another quarter century in them before hanging up their instruments.

“A lot of people are retiring, and we feel very energized and rejuvenated. I mean, we wanna go [a] long [time],” Ulrich told Philadelphia’s 93.3 WMMR backstage at Metallica’s recent concert in celebration of the radio station’s 50th anniversary last week. “We hope we can get another 20, 25 years out of Metallica. I don’t know what it’s gonna look like, I don’t know what it’s gonna sound like, but that’s in our heads.”

With all four current Metallica members at either 54 or 55 years old, that would put them at about 80 years old each in 25 years. The Rolling Stones are still going in their mid to late 70s, so it’s not out of the question.

The drummer added, “We’re not sitting there thinking retirement or this or that; we’re sort of more the opposite. So I would say, for us, everything we do is kind of a long game. And back then, when you were 17, you only think of, like, the next five minutes. ‘Where is the next beer? Whoo!’ So that’s kind of different mentality nowadays.”

Ulrich points to a younger generation of fans who have latched on to Metallica’s music as inspiration to keep the band going for years to come. “It’s crazy. It’s unbelievable. There’s more younger kids at our shows than I can ever remember. Half the audience is under 20. And it also feels more like it’s [a] 50-50 [split] between boys and girls now, which obviously [wasn’t the case] 20, 30 years ago.”

Listen to the full interview here, and check out our exclusive photos of Metallica’s show at Philadelphia’s Wells Fargo Center here.