Neeson: "He actually remembered me from another Western we made a while back" 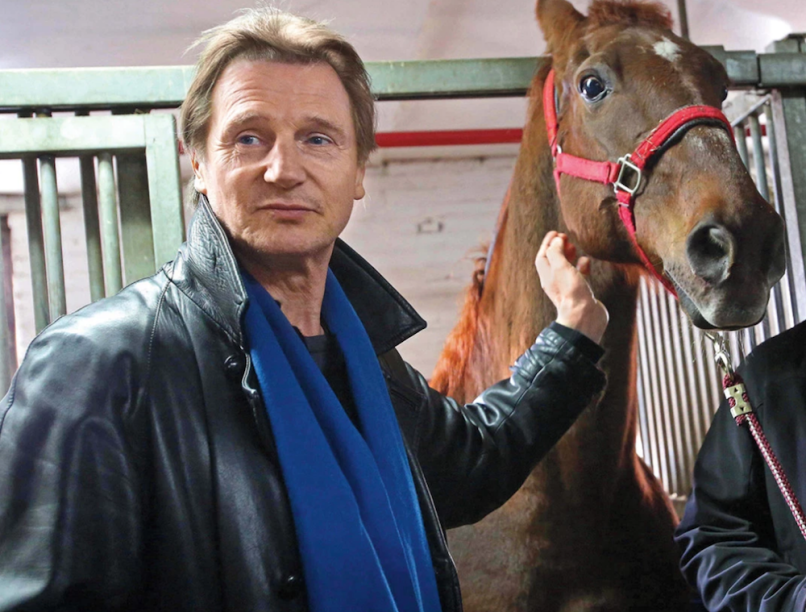 Growing up, Liam Neeson was in charge of caring for the horses on his aunt’s farm in Northern Ireland. His fascination for the graceful animals has continued for well over 20 years now, as he still sets aside time to admire the horses that populate Central Park in New York City where he lives.

In many ways, the Taken star has become something of a horse whisperer, but nothing could prepare us for his anecdote from the set of his latest project, Joel and Ethan Coen’s Western flick The Ballad of Buster Scruggs. Upon showing up for a day of shooting, Neeson encountered a horse who he claims recognized him from a past film. Yes, apparently he and this horse go way back.

“I play a traveling impresario. We filmed in New Mexico,” Neeson recounted to Page Six. “The odd thing is the horse who pulls my wagon knew me… He whinnied when he saw me. And pawed the ground.”

“You won’t believe it. I’m saying this horse knew me,” the 66-year-old actor earnestly continued. “He actually remembered me from another Western we made a while back. I love animals. When we worked together before I took special care of him. I fed him treats. Gave him apples.”

Well, crazier things have happened. And if anyone were to have this sort of serendipitous encounter, it would be Neeson, whose “very particular set of skills” include hunting down kidnappers and communicating with horses.

After scoring a Best Screenplay award at the Venice Film Festival, Buster Scruggs is scheduled to open in theaters on November 16th. The cast also boasts James Franco, Zoe Kazan, and Tim Blake Nelson as the titular outlaw. In addition, legendary musician Tom Waits has a role.

Revisit a trailer below.