Lindsey Buckingham says he was fired over the phone: “Stevie never wants to be on a stage with you again” 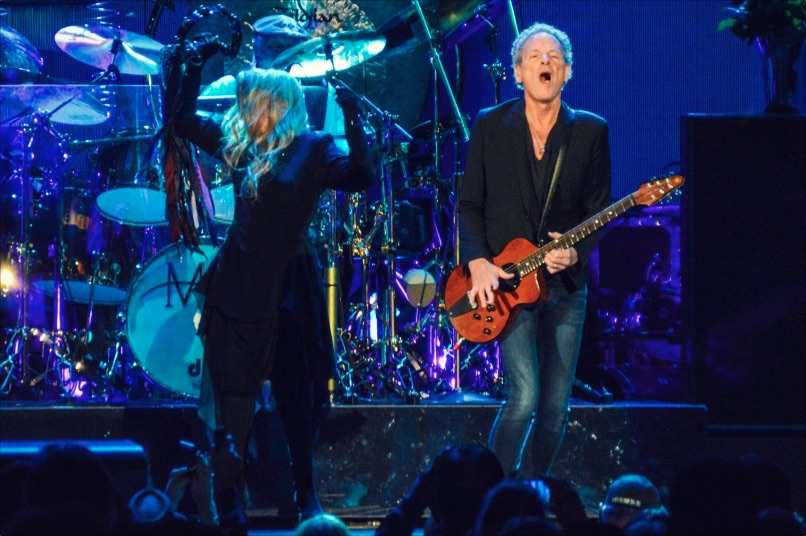 It’s a great time to be a fan of Fleetwood Mac: Earlier this year, the legendary rock band parted ways with their longtime singer, songwriter, and guitarist Lindsey Buckingham when they couldn’t decide on touring. He wanted to chill out until November 2019, they wanted to tour, well, now, which, um, they’re doing … with Mike Campbell and Neil Finn.

At the time, that was the story everyone was going with and it made sense. However, eyebrows were certainly raised when Buckingham later admitted — during a campaign fundraiser for Democratic congressional candidate Mike Levin, no less — that “there were factions within the band that had lost their perspective.” Hmm.

Now, in a new interview with Rolling Stone, Buckingham says he was fired over the phone this past January by Fleetwood’s manager Irving Azoff only two nights after the band performed together at a MusiCares benefit in New York City.

“Stevie [Nicks] never wants to be on a stage with you again,” Azoff told Buckingham, while he and his wife watched the Grammys. Azoff then went on to list things that “Stevie took issue with,” namely some kind of outburst on Buckingham’s behalf during their introduction music (“Rhiannon”) and the way he smirked during Nicks’ thank-you speech.

Buckingham contends that using “Rhiannon” as the intro music “undermined the impact of our entrance. That’s me being very specific about the right and wrong way to do something,” and that his smirk was part of a running joke he has with Nicks. “I may or may not have smirked,” he admits, “but I look over and Christine and Mick are doing the waltz behind her as a joke.”

It gets better: At the time of the call, Buckingham thought Nicks would be the one exiting stage left, but after not getting a response from the band over e-mail, he called back Azoff, who told him he was “ousted” and that Nicks gave the band an ultimatum that boiled down to: “Either you go or she’s gonna go.”

So, as you can see, nothing has changed with this outfit.