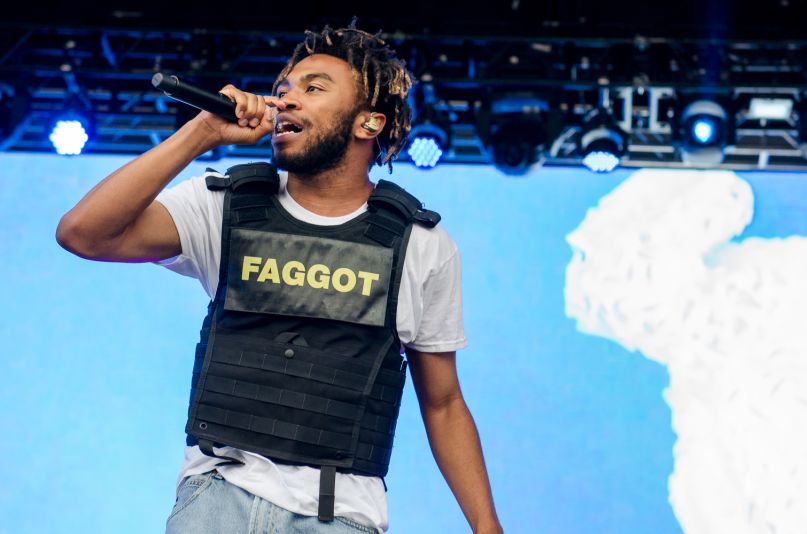 Growing up in Catholic schools, there was a strict penalty to anyone who got wise, let a curse word slip, or wore anything that wasn’t the standard, generic uniform. It sucked, most of us scoffed, but we dealt with it, namely because we knew it was the tawdry laws of Catholic school. (Also, as a Jew, I didn’t want to make them hate me any more.) However, I can’t imagine the same laws being applied to … a goddamn music festival.

Such is the case for London’s Wireless Festival, according to BBC News, which reports that in order for the hip-hop festival to stay in Finsbury Park, a local borough authority has imposed unbelievable conditions that now require artists not to swear or wear “offensive” clothing. The new rules stem from outstanding complains lodged from non-profit community organization the Friends of Finsbury Park.

More specifically, the festival will be required to “request that performers do not sing or play any vulgar, obscene or banned songs or carry out indecent acts or make any vulgar gestures, actions or remarks during the performance.” Performers will also be asked “not to offend the general public” and to eschew any “attire which expose the groin, private parts, buttock or female breast(s).”

MInd you, this year’s festivities featured a lineup of prototypical hip-hop acts, specifically J. Cole, Post Malone, Migos, Lil Uzi Vert, Stormzy, Rick Ross, Rae Sremmurd, Playboi Carti, Lil Pump, et al, who all would flat-out fail to meet those conditions. In fact, the festival would be hard-pressed to build any future hip-hop lineups that would meet these jerkstore requirements.

And if that weren’t enough, the festival will also have to deal with new sound level conditions and limited set times. In other words, Live Nation, which produces the festival, would be better off moving the festivities to any other goddamn park across England. Take it from me, these rules will not only be broken, but ruthlessly parodied (and rightfully so), but the wrath of the moralists will be one incredible headache.

To paraphrase Seinfeld, a censored hip-hop festival isn’t good for business. It’s not good for anyone.