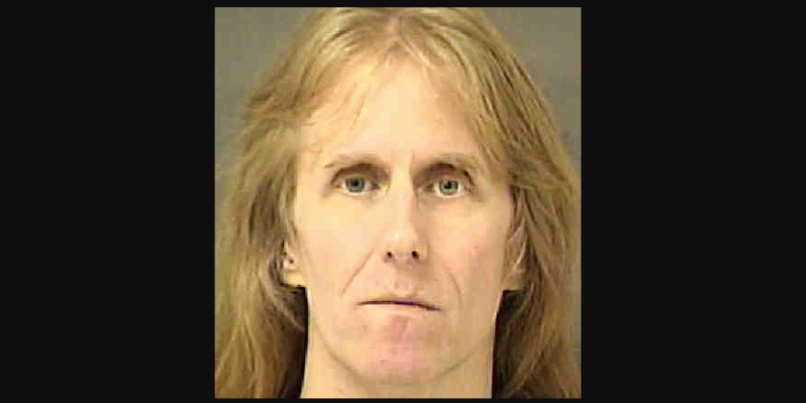 According to entertainment news website The Blast and the Mecklenburg County Sheriff’s Office in Charlotte, North Carolina, Manowar guitarist Karl Logan was arrested in August for possession of child pornography.

The 53-year-old musician was taken into custody on August 9th and charged with six counts of third-degree exploitation of a minor. His bail was set for $35,000 and he apparently bonded out to await his trial.

Logan joined Manowar in 1994 following the departure of guitarist David Shankle and has played on six albums with the band as well as a new full-length that has yet to be released. The power metal group is currently in the midst of a farewell world tour, with their next dates set for February of 2019.

Through their social media platforms, Manowar’s management issued a short statement today (October 26th) in response to the news breaking:

“With regard to Karl Logan’s arrest and the charges against him: Due to the fact that Karl and his attorneys are dealing with these issues, he will not perform with MANOWAR. The new album and upcoming tour will not be affected. – Magic Circle Entertainment Management”

We will update this story as new developments emerge.

Previous Story
Apu is being written out of The Simpsons in light of controversy: Report
Next Story
Song of the Week: Cardi B Adds Badass Mom to Her Resume on the Fearless “Money”
Popular
More Stories
[fu-upload-form form_layout="media" title="Submit Your Photo"][input type="hidden" name="ugc" value="1"][/fu-upload-form]