Each can carries approximately one million copies of the LP 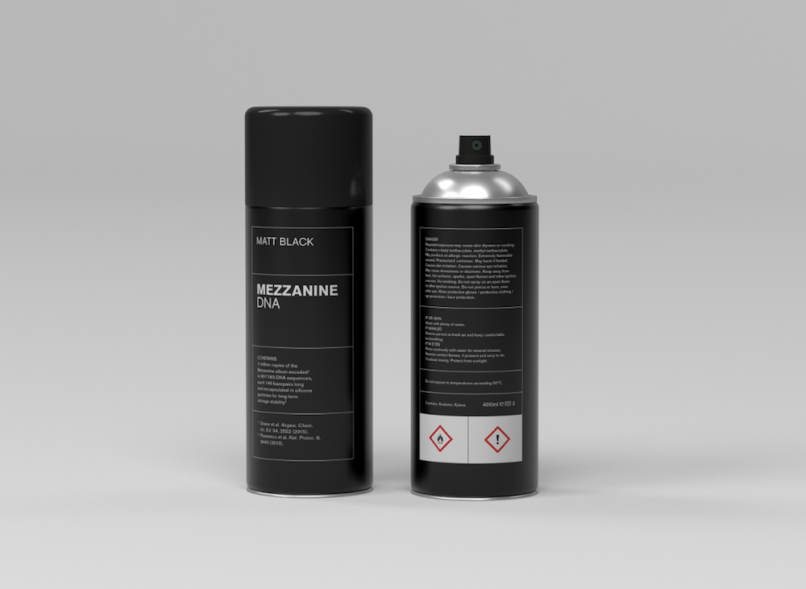 Massive Attack’s seminal album Mezzanine celebrates its 20th anniversary this year. To highlight the 1998 record, the group previously announced a very special reissue in which Mezzanine’s 11 tracks would be encoded into 920,000 actual strands of DNA. As if that weren’t ambitious enough, Massive Attack is now taking things a step further by making the album available as DNA-encoded spray paint.

According to a press statement (via FACT), the trip-hop outfit will release a limited number of aerosol cans containing a matt black paint featuring the Mezzanine DNA. Although the supply will be limited, supposedly each can carries approximately one million copies of the LP.

“It’s a creative way to store your back catalogue, although DNA-encoded spray paint is unlikely to be adopted by street artists seeking anonymity,” said Massive Attack’s 3D, a musician and graffiti artist who has long been rumored to be Banksy.

A Dr. Robert Grass of Zurich’s TurboBeads company explained the complex process of incorporating DNA into spray paint. “This digital bitstream of the album (0s and 1s) was first translated to 901’065 DNA sequences (A, C, T and Gs), each 105 characters long,” noted Grass. “The 901’065 individual sequences were then chemically synthesised resulting in a synthetic DNA sample, which fully represents the digital bitstream of the album.” The DNA sequences were then stored in “synthetic glass fossils,” which were in turn added to the spray cans.

It’s unclear just how exactly one can listen to or play Mezzanine in this form, but it’s sure to be one heck of a collector’s item.

Next month, a more traditional reissue of Mezzanine is due to hit shelves. Along with a remastered version of the 1998 original, it will come packaged with a second album featuring previously unreleased Mad Professor dub remixes sourced from the first Mezzanine recording sessions. These were intended to appear on a Mad Professor Mezzanine remix album that never materialized.

Revisit some cuts off Mezzanine (no DNA or paint required):