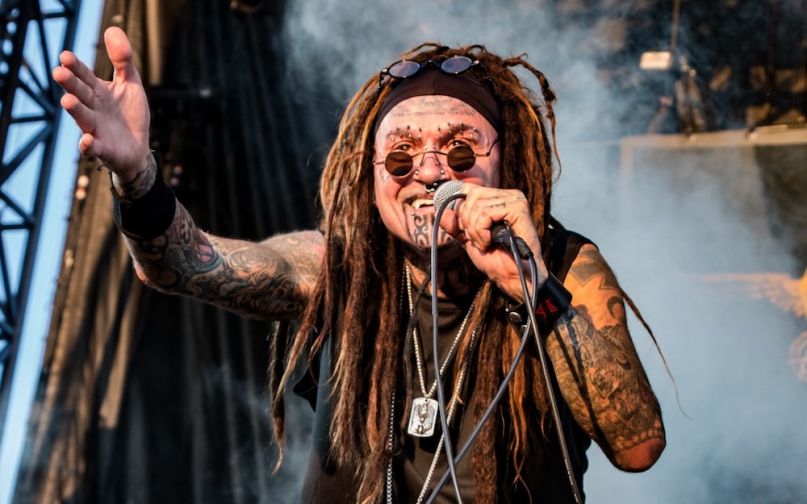 Today (October 11th) marks the 30th anniversary of Ministry’s The Land of Rape and Honey, an album which saw the band take a shift away from the synth-pop sound of their early work into much more aggressive, industrial territory.

“Really, 30 years ago? It was the halfway point of my life, and as much as I like this record, it’s kind of a shame that some of the same topics I was railing about then (fascism) are still pertinent now,” says the band’s longtime leader Al Jourgensen in a recently released statement. “Time flies, but nothing changes.”

To commemorate this milestone, Ministry has released a pair of videos through their YouTube channel. While one is a fun 30 second montage of videos from the era mixed with snippets of the album’s nine tracks, the other clip features an interview with Chris Connelly, the Scottish singer-songwriter who sang lead vocals on “I Prefer” and contributed background vocals for two other tracks on the album.

“I thought it was the most radical music I’d heard for years,” Connelly says, in the video, of Rape and Honey. “It’s definitely my favorite because I think it’s the most focused. I think [the album] has this focus and this absolute pinpointed anger about it that became a lot less focused, a lot more spread out on the subsequent albums.”

Connelly went on to contribute to the group’s next two albums, 1989’s The Mind Is A Terrible Thing To Taste and 1992’s Psalm 69, as well as Jourgensen-led side project Revolting Cocks. Earlier this year, Connelly jumped onstage with Ministry at Chicago’s Vic Theatre to perform “So What” (from Mind), his first live appearance with the group in 15 years (watch below).

Jourgensen, who turned 60 this week, will also be commemorating Rape and Honey’s birthday, and promoting the upcoming leg of Ministry’s “AmeriKKKant Tour”, with some radio appearances. This weekend, he’ll be heard on the syndicated program Full Metal Jackie Radio, and on October 17th, he’ll be a guest on Dave Navarro’s Dark Matter Radio, a program heard live every Wednesday from 9pm – midnight PT on Dash Radio.

In addition, the band has created a 30th anniversary t-shirt which just went on sale today at this location.

Ministry, whose most recent album, AmeriKKKant, was released earlier this year, will embark on a late fall North American tour that kicks off November 21st. A full list of dates can be seen here.