Pierce Brosnan and the kids from Mrs. Doubtfire reunited for dinner last night

Fortunately, the dinner did not end with the Heimlich Maneuver 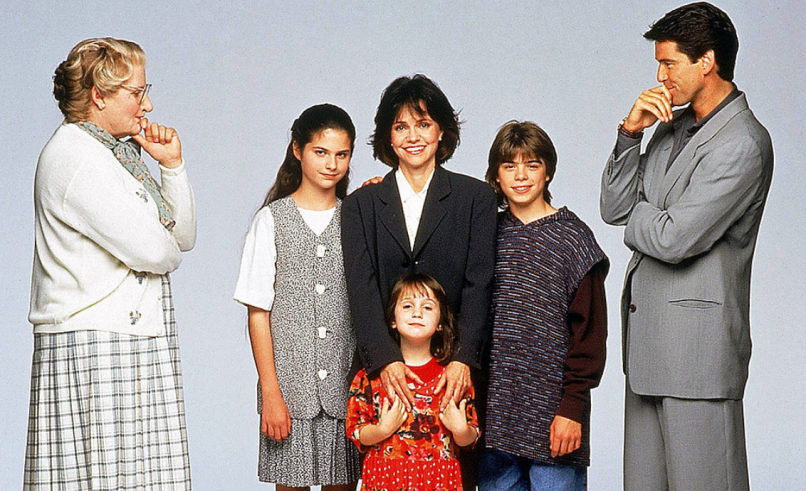 It’s been 25 years since the world fell in love with Mrs. Doubtfire. Since then, the 1993 blockbuster has taken on a rather bittersweet aura due to Robin Williams’ tragic passing in 2014, but that didn’t stop the film’s co-stars from getting together to mark the occasion.

On Wednesday night, Pierce Brosnan, Lisa Jakub, Matthew Lawrence, and Mara Wilson reunited for a dinner that fortunately didn’t end with Bond choking from pepper. Jakub, who played the eldest Hillard sibling, captured some of the night on Instagram:

So this happened. #mrsdoubtfire #reunion #25yearslater

And then there was this. #mrsdoubtfire #reunion #25yearslater

Naturally, they’ve all kept busy: Lawrence appeared on an episode of Girl Meets World not too long ago and recently got engaged to professional dancer Cheryl Burke; Jakub retired from acting in 2001 and has since published two books, 2015’s You Look Like That Girl and 2017’s Not Just Me; Wilson has maintained a successful voice acting career, starring in Bojack Horseman and Big Hero 6: The Series; and Brosnan recently returned for the musical sequel, Mamma Mia! Here We Go Again.

Get even more nostalgic by revisiting their performances in Doubtfire below in what’s arguably the most stressful scene in comedy history: