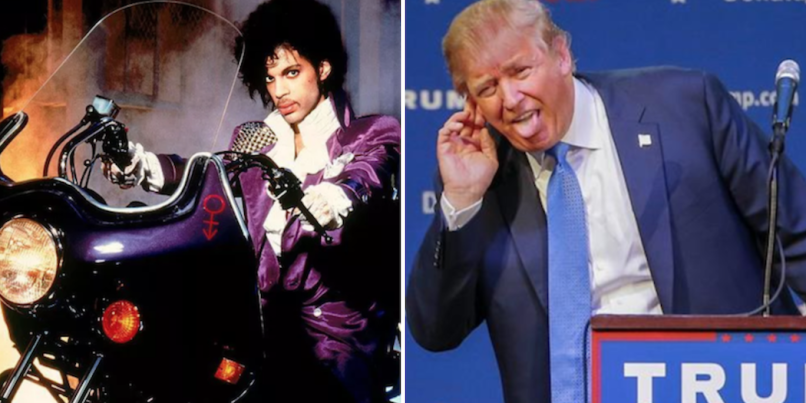 President Donald Trump has a history of pissing off iconic musicians by playing their music at his rallies without permission. Steven Tyler served Trump with a cease and desist over the summer for his use of Aerosmith’s songs, and The Rollings Stones have been trying to get their music off his speakers since he was just a long-shot candidate (remember when this was funny?). Now he’s gone too far, though, as he’s stepped on the grave of the Purple One himself, Prince.

Licensing deals and publishing agencies actually make it notoriously hard for an artist to pull their music from public events like this. Prince’s Estate is notoriously litigious when it comes to the singer’s music, though, so who knows how far they’ll take this one.

Either way, Trump should have no problem getting Kanye West or Kid Rock to lend him some music to pump up the crowds.