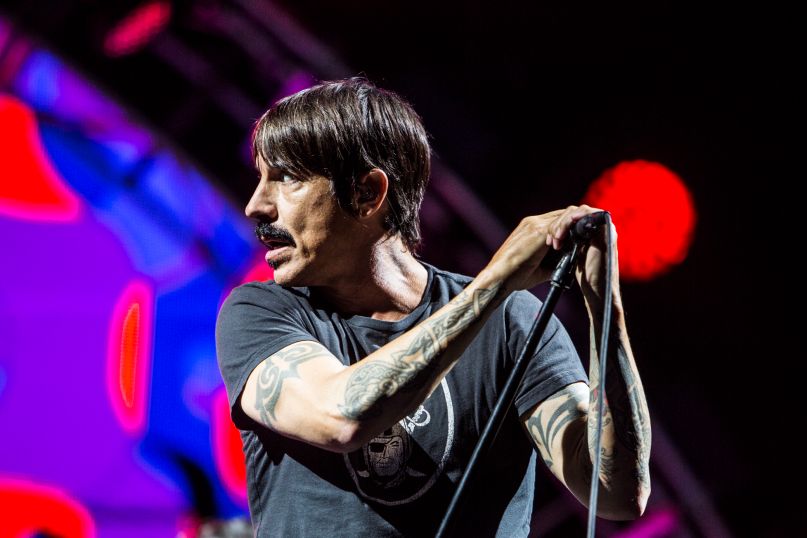 Watch enough Lakers games and you’ll see every A-list celebrity on the sidelines. (Hell, Larry David made an entire episode around it for Curb Your Enthusiasm over a decade ago.) But, if you were watching LeBron James and his C-listers take on the Houston Rockets Saturday evening, odds are you saw Red Hot Chili Peppers frontman Anthony Kiedis … and he wasn’t just sitting there like Jack Nicholson.

No, the veteran singer, who clearly has a love for his city (see: the entire Chili Peppers catalogue), was ejected from the game after screaming all kinds of not-so-nice words at Rockets guard and State Farm spokesman Chris Paul. As you can see from the video below, he even stormed the court and approached Paul with a fire in his eyes that could rival the flames in the “Under the Bridge” video.

The spat followed an even bigger brawl late into the fourth quarter, which resulted in the suspension of Lakers forward Brandon Ingram, Lakers guard Rajon Rondo, and, naturally, Paul, who was being escorted off the court when he crossed paths with Kiedis. The difference is that Kiedis gets to go home and probably surf, while the three have to watch from the sidelines for the next few games without pay. Ouch.

AK (Anthony Kiedis) from Red Hot Chilie Peppers should of gotten kicked out the game for yelling profanities and flipping the bird to Chris Paul and the #Rockets staff. This is unacceptable @Lakers if this was a regular joe/fan he would of got kicked out the building. #NBA pic.twitter.com/ntSAGhlNku

Anthony Kiedis got ejected from the Lakers game last night, and it looks like he was wearing a disguise pic.twitter.com/Oqd5DwRgk7

How you gonna throw out a LA Legend? Anthony Kiedis a real one too.
pic.twitter.com/5sWz9ECcEQ