Ridley Scott heading to television with TNT’s Raised by Wolves 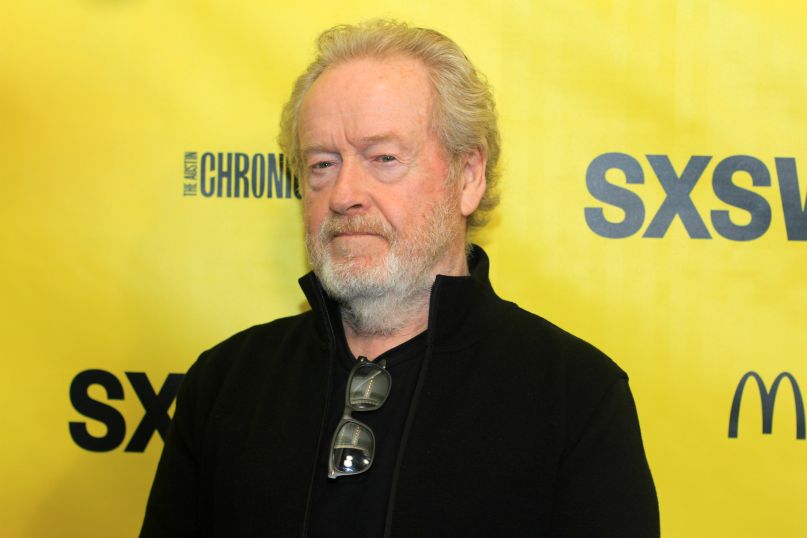 Ridley Scott is heading to your living room, and not with re-runs of Alien, Blade Runner, or Gladiator. The legendary filmmaker has climbed aboard TNT’s forthcoming new sci-fi series, Raised by Wolves, not to be confused with the outstanding U2 jam.

It gets better: As Deadline reports, the series was written by Aaron Guzikowski, who’s responsible for 2013’s Prisoners, one of the most underrated thrillers of the last decade. So, yeah, that’s a major plus.

The series follows a bunch of robots in charge of a bunch of kids on a brand new planet. One thing leads to another, as The Fixx sang years ago, and shit goes down involving religious differences as humans are wont to do.

“I’m always searching for new frontiers in the sci-fi genre and have found a true original in Raised by Wolves,” Scott says. “A wholly distinct and imaginative world, full of characters struggling with existential questions: What makes us human? What constitutes a family? And what if we could start over again and erase the mess we’ve made of our planet? Would we survive? Would we do better?”

“Ridley Scott’s movies have always been a part of my life and a huge inspiration in my work,” says Guzikowski. “So getting the opportunity to work with him and TNT on a story that is so near and dear to my heart is truly a dream come true.”

Currently, there’s no release date set, though we hope the series nabs one of those kids from Hawkins, Indiana or Derry, Maine or both. At the very least, it stops the guy from doing one of those ill-advised followups to Alien: Covenant.