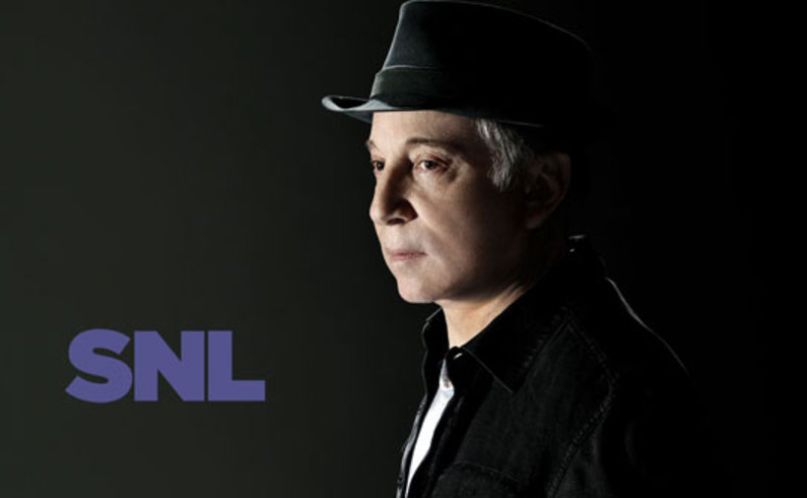 Something — well, a lot of things — felt broken about the first two weeks of Saturday Night Live’s 44th season. And while last night’s episode by no means put all worries to bed, I’m sure Lorne Michaels and cast are sleeping a bit easier this morning. Weekend Update punched its weight again, old friends Seth Meyers and Paul Simon brought a warm, familiar feeling to the episode, and, though I never really put much thought into it before last night, I now know what a giant bayou biscuit wearing a MAGA hat looks like … So, I got that going for me, which is nice.

If you didn’t quite stay awake, you didn’t miss a return to the golden age of sketch comedy by any stretch, but there were a few moments you’ll want to check out. Here are last night’s highlights.

First off, I’m not laughing at you, Kanye. It’s not particularly funny watching anyone have weekly mental breakdowns for the entire world to see, nor should Donald Trump (and every other old, white, hip-hop illiterate Republican) be exploiting an obviously ill person for political gain. But the gag here is less about the absurd shit Kanye West (Chris Redd) spouts these days and more about how Alec Baldwin’s Trump (still not all that funny) and others, like Jim Brown (Kenan Thompson), get far more than they bargain for when they try to shoulder in on the rapper’s limelight. The best revelation? Trump realizes, “Oh, my god, he’s black me.”

We’ll leave it to you to decide where Seth Meyers ranks among the greats (and not-so-greats) to have sat and delivered the real fake news on Saturday nights, but there’s no denying that it felt good to see the former anchor and head writer behind the “Weekend Update” desk once again. Meyers’ love for the fake news format and SNL in general was tangible throughout the show, and to see Colin Jost and Michael Che join Meyers on his old Really!?! segment was a fitting way to welcome the comedian home. That said, what’s a Seth spotting without Stefon? The segue image of Meyers lying and looking lovingly at a framed picture of Bill Hader’s beloved Update character was a cruel tease.

As Paul Simon bids farewell to the music business, one last stop at Saturday Night Live made a lot of sense. After all, Simon served as the show’s second-ever host way back in 1975, acting as a Julio of all trades in an episode that saw him reunite with Art Garfunkel, deliver his monologue in a turkey costume, and defeat basketball legend Connie Hawkins in a game of one-on-one. Forty-four seasons later, a visibly grateful Simon, joined by the yMusic ensemble, treated SNL fans to “Can’t Run But” and a stirring version of Garfunkel’s signature “Bridge over Troubled Water” that should remind us all not only of what a profound talent Simon is but also what a unique contributor to the pop-culture world he’s been for all the years that Saturday Night Live has been on the air.