Slipknot unleash video for new song “All Out Life”: Watch

"It's a rallying cry for everyone" 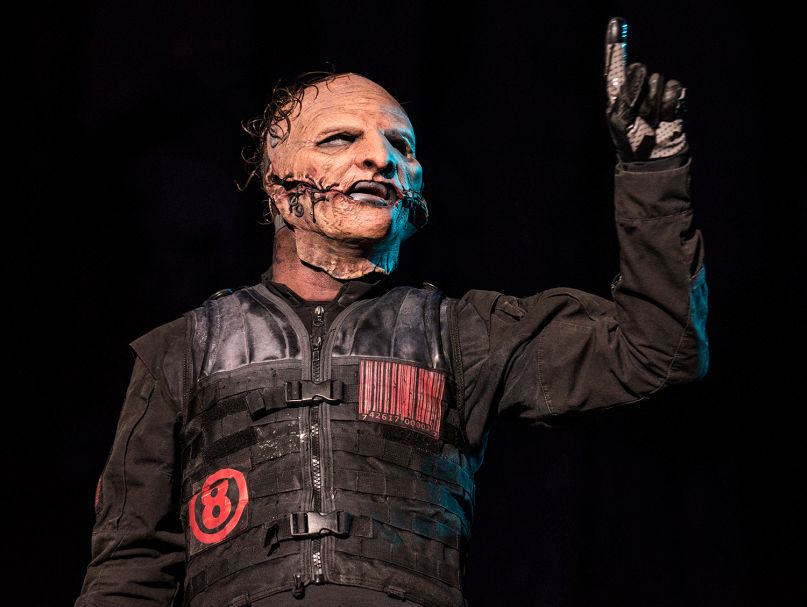 We didn’t see this one coming! While members of Slipknot have revealed that they are working on a new album for 2019, it wasn’t expected that we’d be getting new music so soon. But, surprise, as a Halloween treat, the band just unleashed the new song “All Out Life”, premiering the track on Zane Low’s Beats 1 show on Apple Music, as well as unveiling the music video (watch below).

Regarding the song, frontman Corey Taylor told Lowe, “Everybody talks about toxic masculinity and toxic fandom these days. For me, it’s more about this toxic idea that unless something came out 10 minutes ago, it’s not any good, and that bothers me. It’s like, I love new music, but at the same time, don’t turn your back on the music that’s been. Don’t turn your back on the people that worked to make a platform for you to have a platform in the first place, so for me, it’s really about … It’s a rallying cry for everyone.”

In a press release, Slipknot’s Shawn “Clown” Crahan also chimed in about the track, saying, “Right now is a very exciting time for Slipknot. We’ve been working on new music for the last two years, and ‘All Out Life,’ the song and the video, is just one of many concepts in the works. It’s a fitting taste to get you to the next thing. Get ready for what’s to come. We challenge you to All Out Life.”

When it comes to the new Slipknot album, Taylor remarked, “I’ve gotta give credit to Jim, Clown, Alex, Jay, like all the guys, man. They… because obviously I’ve been doing my thing, they got together and they just started writing some of the most incredible music that I’ve ever heard. I mean, it’s so good and it was so inspiring to me that I just… I sat right down and wrote. I just… basically, first pass, wrote everything that I was feeling. We went ahead and we re-tracked and we were actually able to beat the demo, which for us is pretty gnarly, dude.”

He went on to say, “The album is underway, and it’s going to be one of the darkest chapters in Slipknot’s history, it’s that good. It’s complicated, it’s dark, it’s heavy, it’s melodic, it’s fierce, it’s angry and it’s real, it’s raw as hell and it’s gonna be talking about a lot of things that people are going to need in their life right now.”

Taylor’s interview with Lowe can be seen in the tweet below.

Along with the new album, Slipknot have already started mapping out their 2019 tour, announcing a European trek as well as a headlining gig at the Iowa State Fair.