Song of the Week: Anderson .Paak and Kendrick Lamar Take Us for an Unforgettable Ride on “Tints” 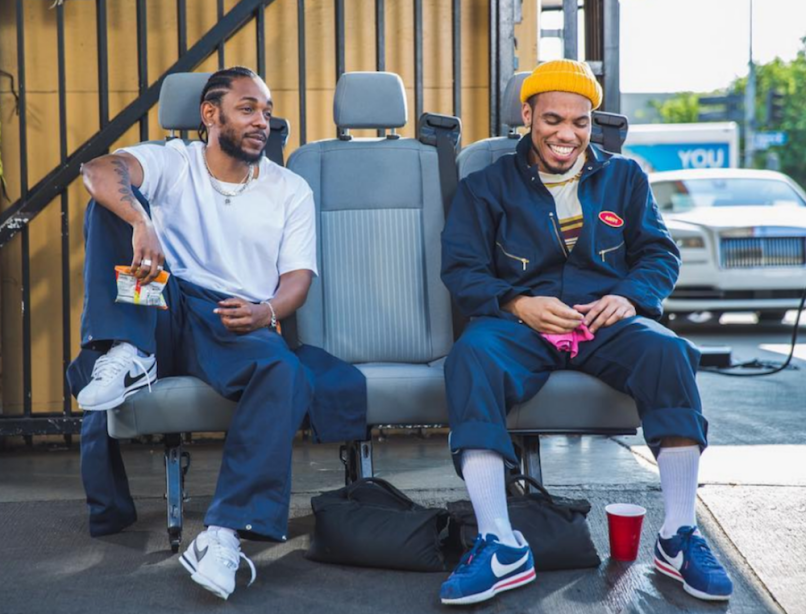 Kendrick Lamar and Anderson .Paak team up on "Tints"

If “Tints”, the first single off of Anderson .Paak’s sophomore album, is any indication of the record at large, we’re all in for the ride of a lifetime. The album, titled Oxnard, is set to release November 16th, a follow-up to his similarly Californian breakout record, Malibu, which featured hits like “Come On”. .Paak and other R&B/rap artists of today are clearly committed to continuing the history of funk that their forefathers set for them, and “Tints”, featuring modern legend Kendrick Lamar, is no exception. The song is a combination of air-tight grooves and the combined talents of .Paak and Lamar, creating a laid-back atmosphere without losing one ounce of technical or musical perfection.

“I can’t be riding round and round the open strip/ I need tints (tinted windows),” .Paak sings, and the listener is right along with him, feeling the wind on their face until he rolls up the windows. Lamar’s verse is a welcome addition to this expert mood-building, adding to the California breeze of “Tints” with tongue-in-cheek humor and his complex flow. Anderson .Paak’s greatest talent is creating entire worlds within his songs, and “Tints” does this impeccably through the use of layered production and synthesizers, the artist merges old funk and new rap together in a perfect mix that sits deep in the pocket for four and a half minutes straight.

“Never Recover” is the perfect closer to Drip Harder, the new collaborative album from Lil Baby and Gunna: smoky and hypnotic, driven by a relentless cocktail of dread and confidence, the song is dead serious in delivering on the promise of its title. –Laura Dzubay

Maggie Rogers bares her real self in “Light On”, a skewed, folk-pop love letter that considers the rough intersection of fame and happiness and the complications that come along with it. –Laura Dzubay

Packed to the brim with wistful late ’90s and early ’00s references, “1999” is the pop antidote to millennial nostalgia — in the capable hands of Charli XCX and Troye Sivan, who wouldn’t take a trip back in time? –Laura Dzubay

Duckwrth moves gently through the intro of “Soprano” before coming alive in the first chorus, launching into a song that climbs all the way to the bar it sets in the chorus: a million. –Laura Dzubay

In a pop genre built on the pining love song, Alessia Cara pushes back with a reggae-tinged bop that let’s the world know that she’ll be just fine minus the chucklehead that she’s left behind. –Matt Melis

Lady Gaga – “Look What I Found”

A Star Is Born is easily one of the best movies of the year, and its music is a massive part of its effect; Lady Gaga is a true star, especially in soulful blues jam “Look What I Found”. –Clara Scott

While many of us can’t quite figure out how you have a movie about Venom without Spider-Man, comic book nerds and normals alike can agree that anyone, hero or villain, will look incredibly badass making an entrance to the latest blazer from Run the Jewels. –Matt Melis

Spookiness is laced through every line in “You Get,” a grave and melancholic address made perfect through steady, assured guitar playing and Cat Power’s dreamy vocals. –Laura Dzubay

The most recent single off Gregory Alan Isakov’s new record, Evening Machines, finds the gifted songwriter doing what he does best: painting a landscape in simple language that stirs our most complex emotions. –Matt Melis