Song of the Week: Cardi B Adds Badass Mom to Her Resume on the Fearless “Money”

The rapping new mother is direct, catchy, and powerful as ever

by Laura Dzubay,Clara Scott and CoS Staff 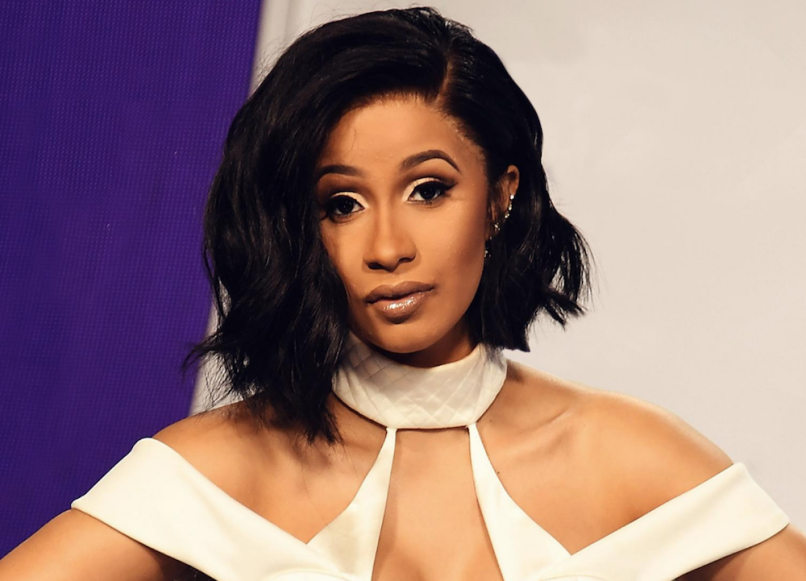 For someone whose signature line started out as, “Bitch, you can’t fuck with me if you wanted to,” Cardi B definitely doesn’t mess around. She’s always been upfront with us, a presence of stone-cold, straightforward fearlessness inaugurated on Gangsta Bitch Music Vol. 1 and cemented earlier this year on her breakout debut studio album, Invasion of Privacy.

“Money” keeps up the trend. In the months since Invasion of Privacy, not only has she collaborated with artists like Maroon 5 and Pardison Fontaine, she’s also had a baby: Kulture, her daughter with rapper Offset of Migos. Motherhood comes up several times in “Money,” as Cardi raps, “I got a baby/ I need some money,” and “I’m Dasani with the drip/ Baby mommy with the clip.” She references her daughter by name with the line, “Nothing in this world that I like more than Kulture.” But the lyric that stands out the most from this irresistibly catchy, self-assured track comes from the chorus: “I was born to flex.” Never has this been truer. 2018 has seen Cardi B reach a record-breaking No. 1 on the Hot 100 with “I Like It”, become a mother, and put out an incredible debut album, and she’s kept her fearless attitude up through all of it. “Money” is her promise that we don’t need to worry about that changing anytime soon.

Beach House released the one-off single “Alien” this week, a song not on their recent album, 7, that bangs just as hard as every song included, and fuses the group’s typical synth soundscapes with a hauntingly warm melody that ebbs and flows through several movements of rock, electronica, and much more. –Clara Scott

“I finally found love, and it’s beautiful,” Action Bronson says at the opening of new track “Prince Charming”, a ’90s old-school fever dream that weaves Bronson’s ruminations on love and relationships with his air-tight flow and a soul-inspired beat complete with backup singers. –Clara Scott

The first single off of Neil Young’s upcoming live album, Songs for Judy, is “Campaigner”, a meditation on the Nixon era recorded in 1976 that carries Young’s classic acoustic stylings and unforgettable voice with a poignant political message that brings the listener right back to the show it was taken from, watching a legend in reverence. –Clara Scott

“Revelation“, Troye Sivan and Jónsi’s collaboration for the Boy Erased soundtrack, is a work of art with the emotional power of cinema without the image; Sivan’s vocals are understated in all the right ways, and above the ambient instrumentation of the track it feels like looking through the car window on a long trip through the rain. –Clara Scott

EURINGER feat. Grimes – “The Medicine Does Not Control Me”

EURINGER and Grimes team up to create a dystopian dreamland with “The Medicine Does Not Control Me“, an intense dance track that touts Grimes’ ethereal aura along with an industrial edge, evolving into a song that could easily fit in both at a goth club or EDM festival — it’s the inability to put your finger on the pulse of “Medicine” that makes it so entrancing. –Clara Scott

On the same day that pipe bombs turned up at the doorsteps of several high-profile American political figures, Bob Mould returned with a full-throttle garage jam called “Sunshine Rock” that allows listeners to thrash about with a smile on their faces and hope in their hearts. –Matt Melis

Some may say soul music is dead, but if Allen Stone is any proof, it’s alive and well: the bluesy singer’s newest single, “Taste of You”, hearkens back to ’60s soul with all the swagger and class of the modern day. –Clara Scott

The Beatles – “While My Guitar Gently Weeps – Acoustic Version / Take 2”

A noteworthy addition to an already extensive catalogue, this previously unreleased version of the White Album classic makes it feel like you’re right there in the studio with George Harrison, sitting in on the making of an introverted masterpiece: a feeling at once eerie and elegant. –Laura Dzubay

Our favorite Northampton, Massachusetts, outfit returns with a glowing strummer off their new album, Be Nice to Everyone, that stretches out across four minutes with swells and warm harmonies that feel like a shoulder to lean on in lonely times. –Matt Melis