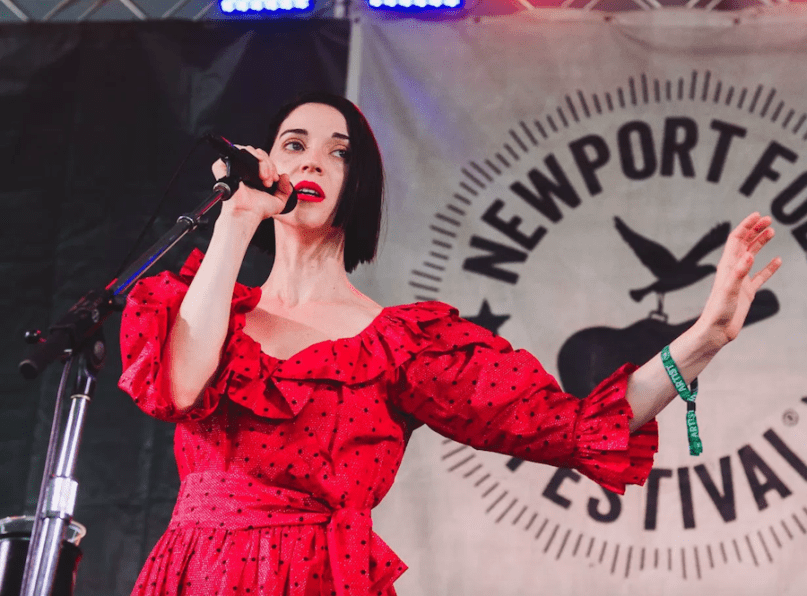 Last year brought the release St. Vincent’s latest opus, the flawless MASSEDUCTION. Almost precisely a year later, she’s now returned with a completely different version of the album, a reworking she’s dubbed, MassEducation. The 12-track LP is out now via Loma Vista Recordings, and Apple Music and Spotify users can stream the whole thing below.

MassEducation features the accompaniment of Thomas “Doveman” Bartlett on piano alongside St. Vincent’s own vocals — and nothing more. The sessions took place in August of 2017 at New York’s Reservoir Studios while Annie Clark and Bartlett simultaneously mixed MASSEDUCTION. The pair have performed these stripped down versions of the songs on a select number of intimate performances, but news of the full album release only came last week.

Describing her relationship with Bartlett in a handwritten letter, Clark said she owes “my most transcendent nights and exquisite hangovers to his company.” She continued,

“Many things have been said of him over the years, ‘doting virtuoso,’ ‘a queer fantasia over straight themes,’ ‘to know him is to love him, as anyone will tell you…’ So here it is: Two dear friends playing songs together with the kind of secret understanding one can only get through endless nights in New York City. Enjoy.”