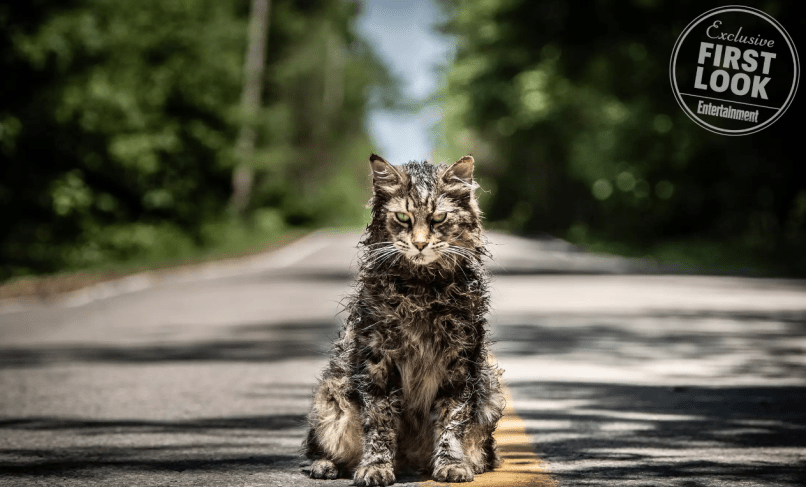 Sometimes dead is better, but also sometimes re-imaginings. The latter appears to be the case for Dennis Widmyer and Kevin Kölsch’s forthcoming retelling of Stephen King’s terrifying 1983 novel, Pet Sematary.

Today, Entertainment Weekly ran a fairly comprehensive editorial on the new film, which hits theaters on April 5th, featuring a burial ground of new photos that take us deep into their version of Ludlow, Maine.

As you can see below, we get our first real looks at John Lithgow as Jud Crandall and the entire Creed family, specifically Jason Clarke as Louis, Amy Seimetz as Rachel, Jeté Laurence as Ellie, and twins Hugo Lavoie and Lucas Lavoie as baby Gage.

“One of the things about doing a new version now is our understanding of life and death has progressed,” producer Lorenzo di Bonaventura told the publication. “But are we more sophisticated about it or less?”

In addition to on-set photos, the spread shares some details about the movie, from describing the new titular cemetery to acknowledging that Jud’s wife Norma will be a presence, to how they’re handling Victor Pascow (he’ll be played by Obssa Ahmed), and, of course, the way in which they’re bringing Rachel’s terrifying sister Zelda to life.

“[Zelda’s] more accurate to the book, I’ll just say that,” Widmyer explained, though they have yet to reveal any photos (please don’t, guys — keep some mystery for us). “In the original movie, it’s a 21-year-old guy in drag playing it, and in the book, as you recall, it’s a 10-year-old girl.”

Zelda will be played by the young Alyssa Brooke Levine, who will have the daunting task in following Andrew Hubatsek in director Mary Lambert’s haunting 1989 original. It’s a role that haunted an entire generation.

Whether Levine terrorizes our dreams and beyond will be one of the more intriguing developments to come. For now, we’re pretty amped at what we’re seeing, and can’t wait to make that trek with Jud and Louis in February.

Subscribe to The Losers’ Club, our weekly Stephen King podcast that celebrates the author’s entire bibliography in chronological order. Currently, they’re spending the next two months in Derry, reading through It.