Get extra spooky with Stranger Things’ Halloween Sounds from the Upside Down album: Stream 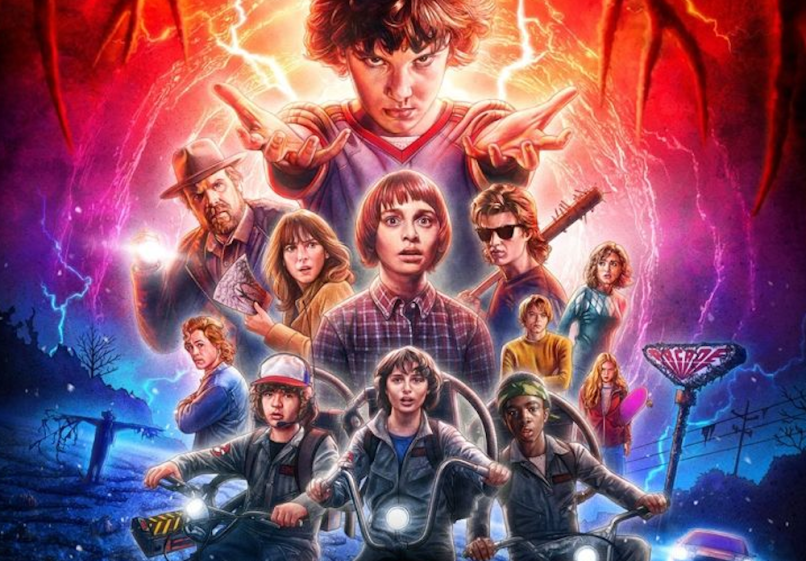 If your Halloween decorations are a bit lacking this year, consider kicking up the creepiness with some eerie tunes straight out of Stranger Things.

Lakeshore Records has officially released Halloween Sounds from the Upside Down, a collection of 14 unnerving tracks from season two of the Netflix series. There’s the charged and thundering roar of “Power Maintenance”; the synth-addled menace of “Tree Slime”; and the anxious buildup of “They Hurt Me”.

”Hide some speakers in your bushes, play this record, and scare those trick or treaters,” note S U R V I V E members Kyle Dixon and Michael Stein, who’ve helmed the show’s atmospheric score since the very beginning.

Halloween Sounds was previously only available as a bonus download from iTunes, but can now be owned on special pumpkin-colored vinyl. It’s also streaming in full below via Apple Music or Spotify.

Stranger Things season three is set to premiere on Netflix in 2019. A video game is also in the works.

Stranger Things: Halloween Sounds From The Upside Down Artwork:

Stranger Things: Halloween Sounds From The Upside Down Tracklist: