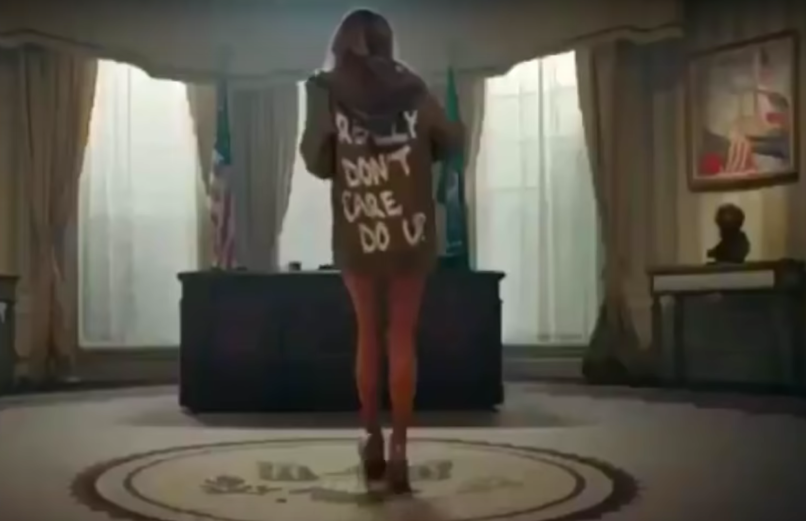 It’s another day in Trump’s America, which means more madness, more hypocrisy, and more shame. At the very least, rapper T.I. is doing his part by pissing off this current administration, thanks to a teaser for his new album, Dime Trap.

In the video, controversy abounds when Melania Trump is reported as not heading to Mar-a-Lago with our unfortunate Commander in Chief. Instead, she visits T.I. in the Oval Office.

Of course, it’s not really Melania, but a stripper look-alike wearing the First Lady’s now-iconic “I Don’t Care” jacket, which she takes off for T.I., who’s puffing away on a cigar while lounging in ol’ Donny’s chair.

It’s incredibly stupid, but stupid is as stupid does, and so, naturally, Melania Trump’s people have tossed gasoline on the fire by responding to the video on Twitter, even calling for a hapless boycott:

And life goes on…

Update: In an expanded statement, FLOTUS spokeswoman Stephanie Grishman said, “Like it or not, she is the First Lady and this is the White House. It’s disrespectful and disgusting to portray her this way simply because of politics. “These kinds of vulgar attacks only further the divisiveness and bias in our country – it needs to stop.”