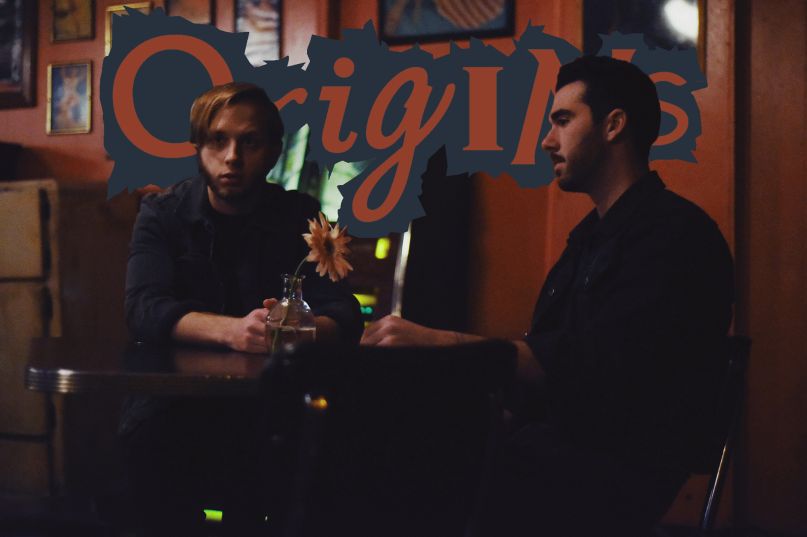 Origins is our recurring new music feature in which an artist dissects the inspirations behind their latest work.

Like rock duos Royal Blood and Japandroids before them, The Messenger Birds shred with the intensity of at least five musicians. Even at this early stage in their career, their energy on stage has earned them opening slots supporting the likes of Hinds and The Fall of Troy, while their grittiness on record has translated into a handful of well-received singles, including this year’s “Self Destruct”.

The Detroit-bred outfit has returned today with its second single of 2018, “Phantom Limb”. The track finds The Messenger Birds’ Parker Bengry and Chris Williams ripping through an alt-rock juggernaut that calls to mind a Midwestern mix of Kings of Leon and The Black Keys. The song’s highlighted by its urgent and edgy tone and Bengry’s arena-ready vocals (a lá KoL’s Caleb Followill).

Speaking to Consequence of Sound, the band noted how the track’s tension was partially driven by their firsthand encounters with depression and anxiety. “They can be crippling disorders, and we’ve seen far too many friends, family, and fellow musicians suffer because they aren’t getting the help that they need or because they don’t have access to it,” The Messenger Birds wrote. “It’s easy to fall deeper and deeper into it and become more disconnected from the things you care about. It’s easy to stop caring about yourself. It’s easy to stop caring about anything.”

Check out “Phantom Limb” below via its official music video. Directed by Dylan Reminder, it follows the band as they perform all over Motor City.

For more insight into “Phantom Limb”, the band elaborated further on the song’s Origins, which include their hometown music scene and late-night drives.

The first single off of their recent LP, Only Love, is a frenetic wall of noise that sounds equally as joyful as it does destructive. It feels more like a schizophrenic machine triumphantly tearing itself apart than a collective of Detroit musicians each playing a separate role sonically. This is something that we were instantly drawn to, and it stuck with us when we were writing “Phantom Limb.” We really wanted the chorus to feel massive and for the layers to be thick and nearly indistinguishable. It’s a completely different style, of course, but “Witness” was definitely a big influence on our writing process at the time.

The True Blue have been great friends of our for a long time in the Detroit music scene, and we’ve always admired their songwriting. They are able to seamlessly navigate so many genres and evoke a lot of different emotions in their music; each song really has its own feel. Though not always direct or overt, our songs have been pretty politically charged prior to “Phantom Limb,” and we decided to step away from that and take a different direction lyrically. It became much more about exploring emotional nuances and creating the right vibe than going on a political tirade.

Depression and anxiety are central themes in the lyrics of the song. They can be crippling disorders, and we’ve seen far too many friends, family, and fellow musicians suffer because they aren’t getting the help that they need or because they don’t have access to it. It’s easy to fall deeper and deeper into it and become more disconnected from the things you care about. It’s easy to stop caring about yourself. It’s easy to stop caring about anything. Navigating your way out of that and trying to find a reason to keep going can feel near impossible, so if you know someone who is struggling, reach out to them. It’s the least you can do.

I’m not sure what it is about long drives in the dark, but we’ve come up with a lot of our best ideas doing that. When we were trying to write the chorus for “Phantom Limb,” everything was feeling forced and contrived at first. One night I just decided to get in the car, blast the demo as loud as the speakers would go, and drive. I started singing nonsense over the chorus, whatever came out naturally, and that turned into the melody. I recorded it in a voice note on my phone so I didn’t forget it. The words came easy after that.