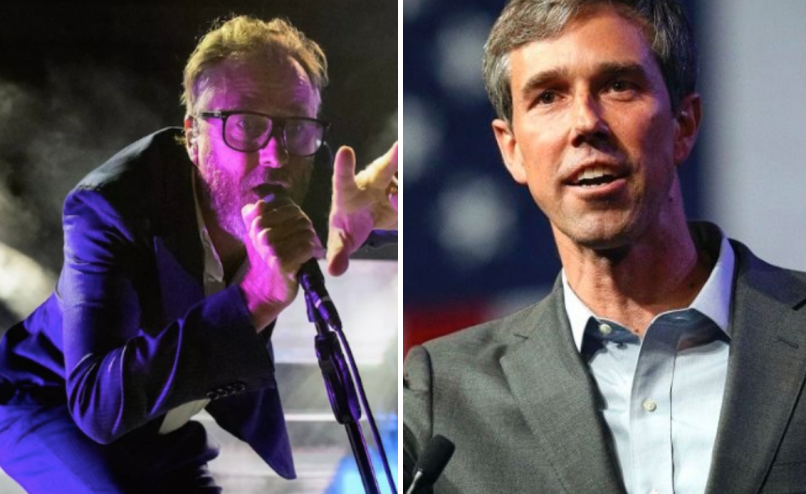 The National and Beto O'Rourke

This year’s Austin City Limits Festival took place last weekend in a state whose Senate race has been heating up substantially the last few months. According to a report from Consequence of Sound’s own David Sackllah, The National were the most politically engaged performers at the event, dedicating part of their set to Texas Democratic Senatorial candidate Beto O’Rourke, who is hoping to unseat  Republican incumbent Ted Cruz in November.

Prior to taking the stage, The National brought out Julie Oliver, the Democratic Candidate for the U.S. House of Representatives Congressional District 25, to talk about the upcoming midterms, which she called “the most important elections of our lives.” The indie rockers later dedicated their 2005 Alligator track “Mr. November” to Oliver, Beto, and other Democratic candidates.

“I’m the new blue blood/ I’m the great white hope,” frontman Matt Berninger sang, and at many points, howled, on the rousing song’s chorus. “I’m the new blood/ I won’t fuck us over/ I’m Mr. November.”

Catch a replay of their performance below.

If Beto O'Rourke beats Ted Cruz… I think there's a 110% chance that the victory party plays The National's Mr. November.

Beto has pulled in plenty of support from the indie rock music community as of late. Not only did Spoon, The Polyphonic Spree, Sarah Jaffee, and At the Drive-In off-shoot SPARTA rally behind the politician at the Buffalo Tree Festival in Dallas, but Willie Nelson staged his first-ever political performance in support of Beto last month.

Despite vowing not to take any corporate PAC money, Beto has raised an astonishing $10.4 million in just a single quarter. As The Daily Beast reports, his “cash on hand total is over $14 million and he has outraised Cruz in the last four reporting periods.”