The National perform “Dark Side of the Gym” on Fallon: Watch 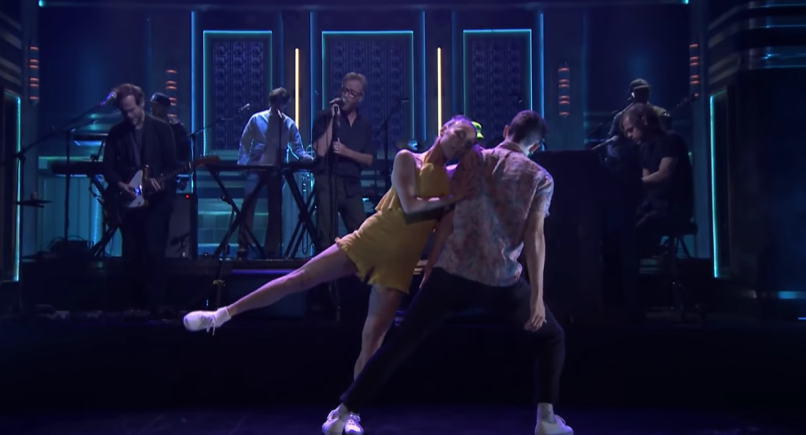 The National perform on Fallon

On the heels of their inaugural festival, There’s No Leaving New York, The National visited The Tonight Show on Monday night to perform “Dark Side of the Gym”, one of the many standout tracks appearing on their latest album, Sleep Well Beast.  In a nod to the song’s video, the band was accompanied by New York City Ballet resident choreographer Justin Peck and his partner, former Miami City Ballet principal dancer Patricia Delgado, who performed a high school dance-inspired routine. Watch the powerful performance below.