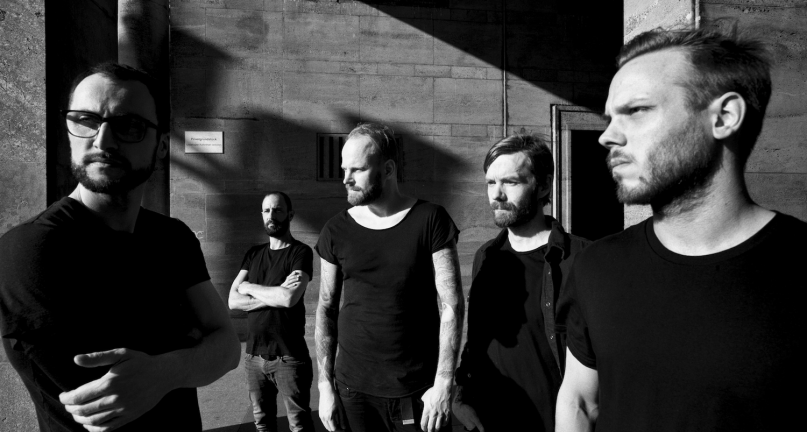 The Germany-based progressive metal collective known as The Ocean are gearing up to release Phanerozoic I: Palaeozoic, their first studio album in more than five years, and they’ve teamed up with Heavy Consequence to offer you the exclusive premiere of the track “Devonian: Nascent”. What’s more, the song features guest vocals from Jonas Renkse of legendary Swedish metallers Katatonia.

Phanerozoic I: Palaeozoic, due November 2nd via Metal Blade Records, serves as the first of two volumes, with the second slated to be released in 2020. It marks the band’s first disc since 2013’s critically acclaimed Pelagial, and seventh album overall.

“Devonian: Nascent” is an 11-minute opus, with The Ocean’s guitarist Robin Staps telling us of Renkse’s involvement, “We sent Jonas the track, and what we got back as a ‘demo’ was almost identical with what ended up as the final version on the record. Jonas has a perfect and intuitive understanding of our music, there was no need to explain anything. He came up with his own vocal parts and lyrics, and everything just fit perfectly from the start. Katatonia’s The Great Cold Distance was an important album for me and for The Ocean. It was one of the first albums where heavy, low-tuned guitars and clean vocals next to one another were actually working out for me, personally. It was an album that made me reconsider my opinion about clean vocals in metal, and that forged my own desire to look for a vocalist for The Ocean who could also deliver cleans.”

Renkse himself chimed in, “Robin approached me for a guest spot already in 2005, and I really wanted to be part, but at that time we were in the studio ourselves recording The Great Cold Distance, so I felt I had too much on my mind. We have met after that and talked a little about doing something and now it finally happened. I was very intrigued by the song when I got the demo sent to me and I am very happy with the final result. ‘Devonian: Nascent’ became a mammoth track without ever losing its initial melancholy.”

Phanerozoic I: Palaeozoic is available for pre-order at this location, while dates for The Ocean’s upcoming tours of Europe and Australia are listed here.