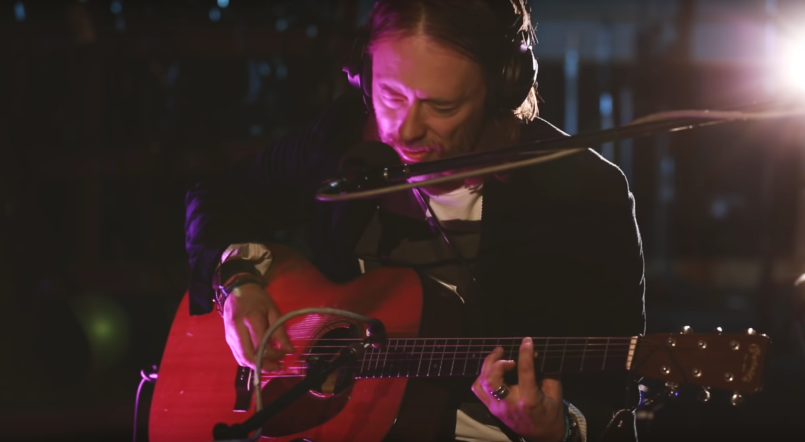 Thom Yorke took over BBC Radio 6’s airwaves on Sunday to showcase his debut film score for Suspiria. The Radiohead frontman spoke to BBC Radio DJ Mary Anne Hobbs about the soundtrack, including some of the influences and his experience working alongside his children (Yorke’s son drums on the soundtrack, while his daughter assisted her father with some of its artwork).