Thundercat teams with BadBadNotGood for new track “King of the Hill”: Stream 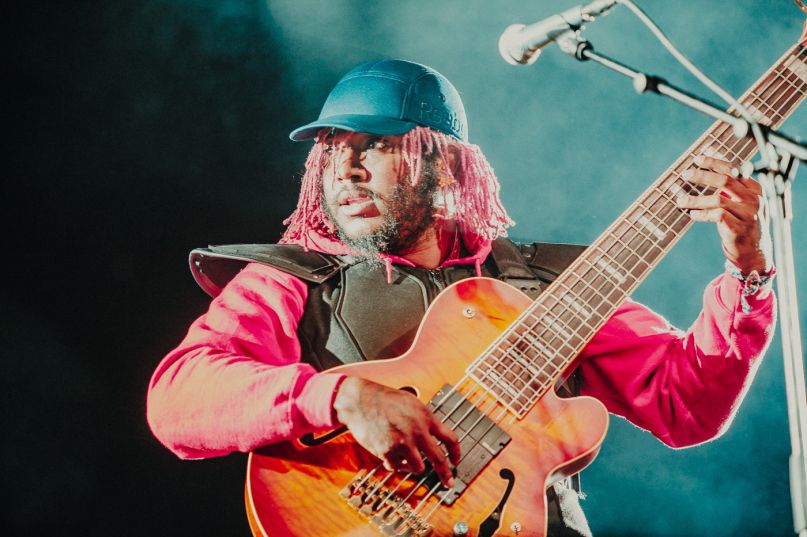 Bass-heavy funkmeister Thundercat (aka Steven Lee Bruner) has teamed up with Toronto instrumentalists BadBadNotGood for a new collaboration, “King of the Hill”. A beautifully ambient blend of the two artists’ sounds, this new track features an unusually simpatico blend of BBNG’s slapping backbeats and Thundercat’s soul-tastic falsetto.

Produced by Flying Lotus, the track is a sneak peek at Brainfeeder’s upcoming 10th-anniversary compilation, Brainfeeder X, a 4-LP box set aimed for a November 16th, 2018 release. The set celebrates ten years of the label’s work over two volumes — one a retrospective on the works to date, the other an “unreleased future canon,” according to a press release. “King of the Hill” comes from the latter column.

Listen to “King of the Hill” below.