Gainesville, Florida celebrates their hometown hero with family and friends 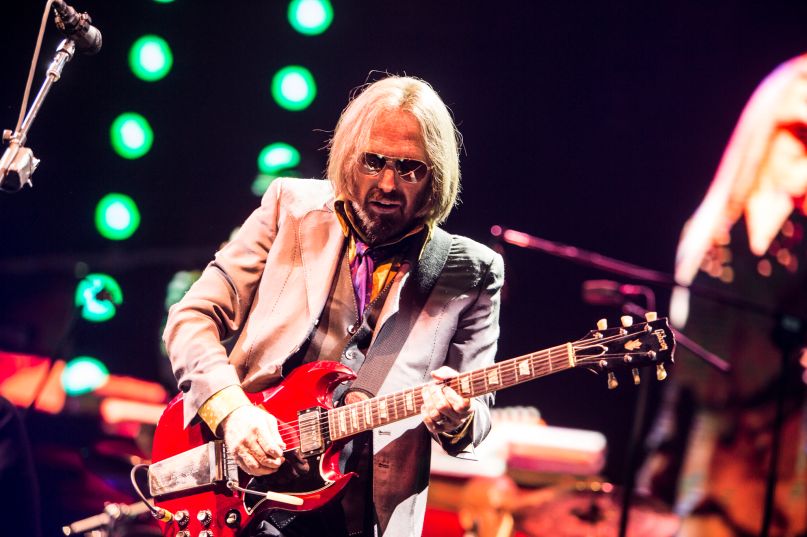 Tom Petty and the Heartbreakers, photo by Philip Cosores

One of the better small towns in Florida is Gainesville. A hotbed of punk rock over the last two decades, it’s also the birthplace of the late Tom Petty, which is why the city has gone ahead and renamed a nice, little park in honor of the former Heartbreaker.

This past weekend, a dedication ceremony went down at what was formerly Northeast Park to celebrate Petty’s 68th birthday. Both Petty’s daughter, Adria, and his brother, Bruce, were in attendance and spoke to fans, even sharing memories of his youth.

“My brother and I grew up in this park,” Bruce Petty explained to the crowd (via The Gainesville Sun). “We played as kids. My cousin reminded me the other day of my remark that it was a sanctuary, and it really was,” Bruce Petty said. “It was a place for us to escape and be kids and have fun. The fact that we are doing this today and the part that we played in it makes it so much more special.”

His daughter spoke highly of the city, digressing on an eponymous song Petty wrote for his hometown, which appeared on last month’s box set, An American Treasure:

“Gainesville is an extraordinary place and if you listen to my dad’s music here, it has a different meaning,” she shared. “The idea of the air smelling good and the trees are green — there is nothing like this park to really illustrate that. ‘Gainesville’ has been blasting in my head since I landed … It’s a very important town to Florida. Florida is a really beautiful and complex state and (Gainesville) fosters a lot of intelligence and compassion and incredible manners and incredible decency.”

The celebration extended to a number of activities throughout town. At Heartwood Soundstage, The Bayjacks with Tom Leadon, an early Mudcrutch member, revisited some of the singer’s hits, while local artists painted a Tom Petty Mural at Sidney Lanier Center, where Petty attended elementary school.

Watch video of the ceremony below and revisit “Gainesville” shortly after.