The soundtrack arrives on November 2nd, the same day as the film's theatrical release 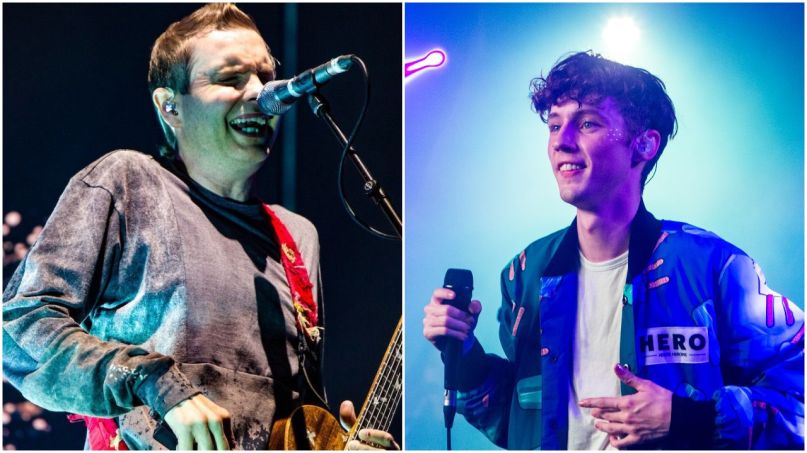 When the trailer for Boy Erased dropped this summer, it brought with it clips of a new song called “Revelation” from one of the film’s star, Troye Sivan, and Sigur Ros’ Jónsi. Sivan also debuted a solo live version of the track at a recent show in New York City. Now, you can hear the collaboration in full.

Buoyed by gentle piano and the kinds of swelling atmospherics central to Jónsi’s work, the thoughtful, calming song achieves a kind of melancholic catharsis that’s as hopeful as it is heartrending. Hear it below.

Boy Erased tells the story of Jared (Lucas Hedges), who is sent to a gay conversion camp by his Baptist parents (Nicole Kidman and Russell Crowe). Sivan co-stars as another denizen of the conversion camp.

Sivan spoke about the song during a recent tour stop in New York City. “I got together with Jónsi of Sigur Rós and Leland. Joel [Edgerton, writer/director] showed us a scene from the movie, and I don’t want to spoil anything, but it’s this one moment of relief in the film,” he said. “It’s this one really sweet, tender moment where Jared does something that I would consider pure and beautiful and normal and romantic. He has that experience and the sky doesn’t fall down on him. The world doesn’t come crashing down, and it’s a ‘revelation’ to him. That person that he was with is a revolution to him, and it was just so inspiring. So, we started with these lyrics of ‘you’re a revelation, you’re a revolution’.”

The soundtrack includes an additional original song by Jónsi, as well as a score by Danny Bensi & Saunder Jurriaans. It arrives digitally on October 26th and physically on November 2nd, which also marks the film’s theatrical release.