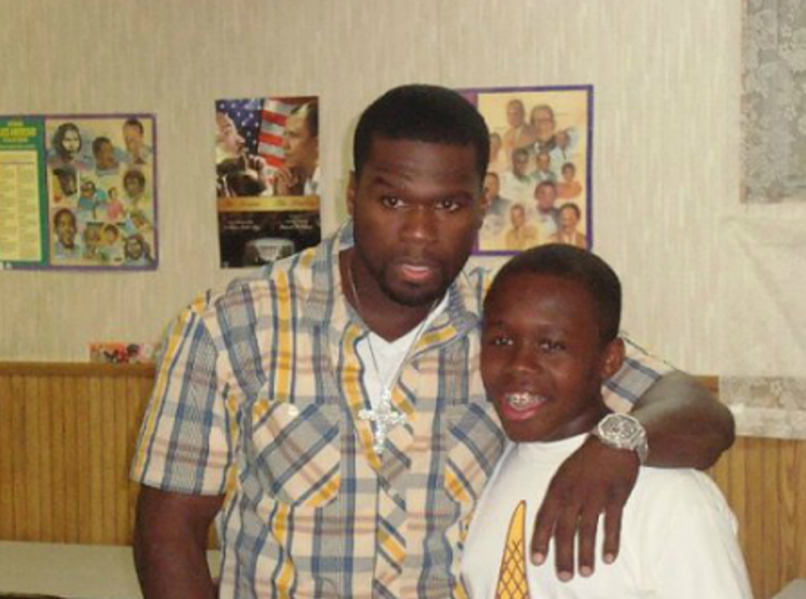 50 Cent and 21-year-old son Marquise Jackson haven’t been on the best of terms for nearly a decade now. But the rapper’s latest comments toward his own flesh and blood might just qualify him for Absolute Worst Father of the Year.

On a recent Instagram photo of Jackson and a friend, 50 Cent commented, “If both these little ni**as got hit by a bus, I wouldn’t have a bad day.” Yes, that’s a father outright saying he wouldn’t mind if his own son were in a bus accident.

50 and Jackson’s familial woes date back to the late 2000s, when the rapper and Jackson’s mother, Shaniqua Tompkins, split up in dramatic fashion. Tompkins even slapped 50 with a $50 million lawsuit, though a judge eventually dismissed it in 2009.

Jackson has been vocal about their estrangement, last year telling TMZ that his “dad’s music sucks.” This past June, he joked about 50’s parenting skills, or lack thereof, by posting a photo of himself alone at a table “celebrating” Father’s Day.

50’s stone-cold comments for Jackson’s friend also appear to be tied to bad blood. The friend happens to be the son of Supreme McGriff, a longtime rival. Around 2005, a federal investigation claimed to turn up evidence proving that McGriff was plotting to kill 50. As TMZ note, McGriff is currently behind bars serving a life sentence for murder conspiracy and drug trafficking.