Aaron Taos breaks down the Origins of his entrancing new single, “Control”: Stream

"Control" emerged from the rising Brooklyn songwriter's summer in the suburbs, where he recorded his next release 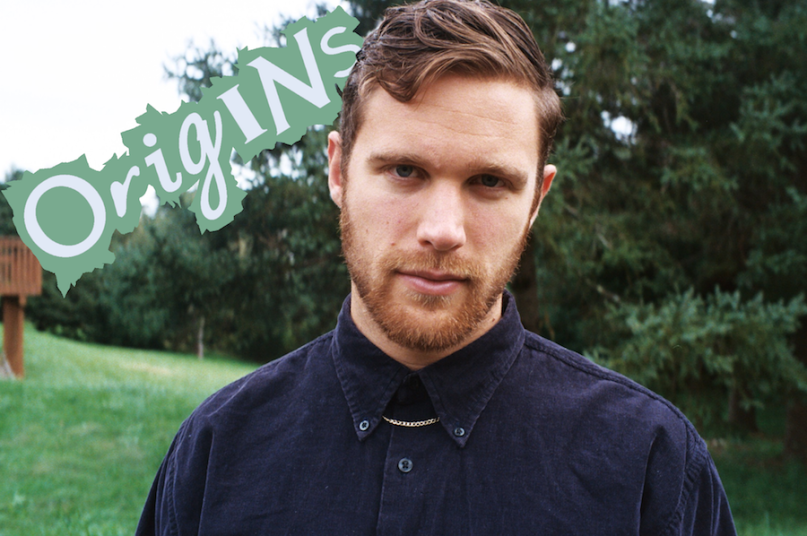 Origins is a new music feature in which we charge an artist with digging into the influences behind their latest single.

Aaron Taos moves at his own pace. We were big fans of his 2015 EP, GUITS, but it wasn’t until this year that we got a proper follow-up in his Night Thoughts EP. Of course, he peppered the intervening years with a number of infectious singles, each of which found the nimble songwriter sprinting through everything that falls under the umbrella we call “indie.” Now, just a few months out from Night Thoughts, Taos is at work on a new release, Birthday Boy, which he describes as “a loose concept album about growing older and the milestone that a birthday brings in terms of self reflection.”

Today, Consequence of Sound is jazzed to share the effort’s lead single, “Control”. Taos’ bright, propulsive guitar work sets the stage for clever lyrics that explore the anxious restlessness that accompanies routine, while an entrancing swell of synths evoke the weird spontaneity for which he’s longing.

“‘Control’ is about the monotony and malaise of daily life in the suburbs,” he tells us. “I wrote this track while I was back at my parent’s house in Guilford, Connecticut for the summer. It’s about going through the motions day-to-day and falling in a pattern where you lose some agency… aTruman Show-type situation.”

He adds, “I intentionally wrote this track with a sort of stream of consciousness approach — it’s basically just a conversion with myself.”

Accompanying the single is a video from director Patrick Golan, whose camera follows a day in the life of an amiable sea creature. “I played him the song and he came back with this concept right away,” Taos says. “His initial pitch was ‘picture a fish monster hanging with his bros on the boardwalk,’ and I was in. I’m actually the one wearing the fish suit. They were some pretty serious prosthetics and I was stuck in that thing for 14 hours shooting in August. It was hell on earth, especially when I started sweating.”

See the fruits of his suffering below.

Though Taos clearly struggled with his self-imposed suburban exile, it did prove fruitful for his upcoming release. By avoiding “the distractions of the city,” he was able to take full control of Birthday Boy’s writing and production, something he hadn’t done since self-producing his debut EP. “In the process, I rediscovered that love and creativity that initially drew me to recording and writing my own music in the first place.”

Birthday Boy is due out sometime in January. As you’re waiting, tide yourself over by allowing Taos to break down the Origins behind “Control”.

The tempo and guitar work of this track were a big inspiration sonically for “Control” and much of the rest of the project. I’m a sucker for a good riff.

Bloc Party has always been one of my favorite bands. I love the harsh, punchy guitar tone of the offbeat chops on this song and translated that idea to “Control”.

I was home for the summer in the suburbs of Connecticut while writing this track. My daily routine had become so monotonous: wake up, eat, work, run, record, sleep. After living in the city for so long where life was unpredictable, the bland efficiency of life in the suburbs got to me and lyrically resonated with the themes of this movie. Plus, I stan Jim Carrey all day.

This is more of a feeling, but I was getting really anxious that summer for no particular reason. I’ve struggled with bouts of depression and anxiety for the last couple years, and it seems to flare up more when life is moving along smoothly and predictable. I don’t know what that says about my psyche, but I’m sure it’s something I need to unpack :/

This is in reference to my line: “Do you wanna know when I’m at my best?/ 2 AM in my bed, watching some Game of Thrones.” Clearly this song is not about Game of Thrones but one way I like to chill out when I’m anxious is to get engrossed in a film, show, or book. Just anything really that takes you out of your head and invested in something else. Plus Game of Thrones is iconic.