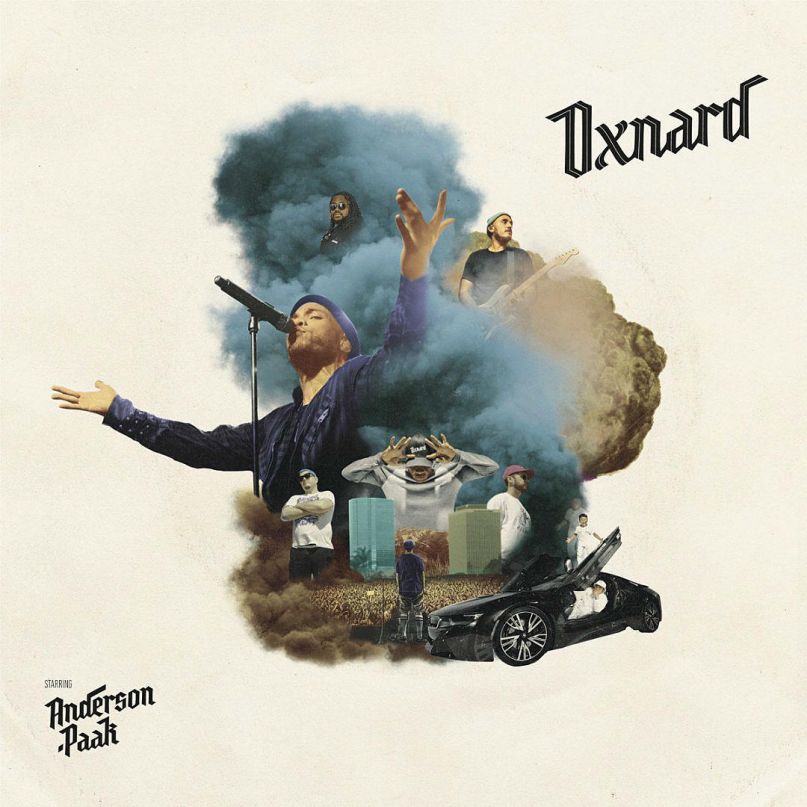 The Lowdown: Anderson .Paak first recorded under the pseudonym Breezy Lovejoy, and that’s not a bad description of his music. This is not to say that the rapper-singer-producer is some sort of fountain of positivity — he’s a thinking man in 2018, after all. But even as he wades through the muck of police brutality and President Trump, .Paak radiates joy — a joy that warms the ear the same way sunshine warms the face. After his 2014 debut, Venice, put him on the map, he stole the show on Dr. Dre’s Compton, and 2016’s Malibu established .Paak as both a critical darling and an artistic powerhouse. Now, for his major label debut on Dre’s Aftermath, he continues the grand tour of the California coastline by heading north to Oxnard, the place where he was born. Like its predecessors, Oxnard updates the sound of ‘90’s California hip-hop. This is post-gangsta music — G-Funk with a silent ‘g.’ Though aware of the legacy of violence and death, Oxnard is a celebration of life.

The Good: As you might expect from a project executive produced by Dr. Dre, the beats are rich and rewarding. .Paak and Dre team up on “Mansu Musa”, an ode to opulence named after the 14th century African emperor thought to be the single wealthiest individual in history. .Paak has a voice like liquid smoke, one of the great rasps of modern times, and he’s equally comfortable singing or spitting bars. “Who R U?” is a rap showcase that straight slaps. On “Trippy”, he brings his soulful crooning to a woozy tale of love.

The guest verses are surprising and strong. Pusha-T (“Brother’s Keeper”) and BJ the Chicago Kid (“Sweet Chick”) nearly steal their songs. Q-Tip continues his late-career renaissance with “Cheers”, and on “Anywhere”, Snoop Dogg sounds positively awake. But the best collaboration — and indeed, the one truly great song on the album — is “Tints”, featuring Kendrick Lamar, a lush and glorious ode to putting the top down and driving slowly through the sunshine.

The Bad: The worst part of almost any rap album are the skits, and Oxnard is no exception. An awkward sketch about getting head on the highway ends in a crash: isn’t that hilarious? A girlfriend bursts in on .Paak with a side-chick and can’t decide who to kill first: isn’t that comical? Even if the slurping sounds weren’t disgusting — and they are, they are absolutely stomach churning — the “funny” parts aren’t that funny.

There are a few other minor missteps, most notably the faux-Jamaican patois of “Left to Right”. It’s more mediocre than bad, but it’s also the album closer, which means Oxnard ends with a rare wrong note, a moment of inauthenticity.

The Verdict: Oxnard boasts several great moments, but the album is merely good. Perhaps that “merely” feels unfair, but .Paak is a victim of his own successes: his star-making turn on Compton and his underground classic Malibu. He’s still witty and endearing, with one of the most iconic voices in hip-hop today. He’s still capable, on any given song, of sounding like the greatest rapper in the world. A slight lack of focus, and an ending that’s more of a whimper than a bang, detract from an otherwise impressive major label debut.