Mumford and Sons Go Big and Earnest on Delta

The band return with radio-ready earworms that still challenge expectations 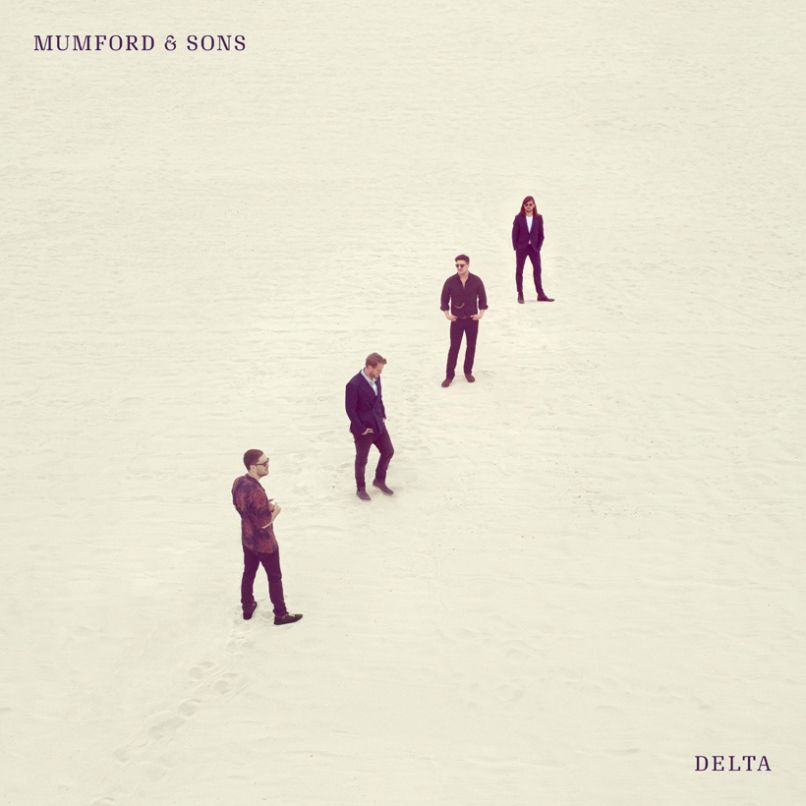 The Lowdown: The last time Mumford and Sons released a full-length record, it was 2015, when the band caught flak for Wilder Mind and its hard swerve into the world of arena-rattling alt-rock guitars. Three years later, they’ve reconvened with mega-pop producer Paul Epworth (Adele, Coldplay, Florence + the Machine) for Delta, a record that further eschews their mandolin-filled glory days for material touted elsewhere as the band’s most experimental to date.

The Good: Anyone worried that “experimental” might translate to “Marcus Mumford Presents: Metal Machine Music II” can rest easy: Delta is a Mumford and Sons record through and through, one packed with big, earnest music about big, earnest topics (in this case, mostly the grief of loss, especially the romantic variety). The album clicks best on its second half, when a run of winners finds the band dabbling in the West Africa rhythms of recent collaborators The Very Best (“Rose of Sharon”), maximizing Epworth’s knack for cinematic pop (“Picture You” and “If I Say”), and closing with the kind of fist-pumping catharsis bound to leave concert crowds the good kind of hoarse (“Delta”). Here, as well as on quieter cuts like the Sally Herbert-arranged “The Wilds”, the band delivers on their promise, writing big-screen confessionals that feel like diary pages projected onto the side of a building.

The Bad: It’s easy to get lost in the anthems of Delta, especially on the record’s first half. Unfortunately, that disorientation comes more from homogeneity than it does from any sense of immersion; without some liner notes handy, it’s not always easy to tell the bruised, low-to-midtempo bittersweetness of “42” apart from the subtle variations found on “Guiding Light” or “Beloved” or “Slip Away”.

That sonic sameness isn’t the only contributor to the album’s weaknesses; Mumford’s lyrical single-mindedness also robs the record of much potential dynamism, with most songs seeming content to offer a space to wallow rather than a catalyst for searching out new territory amidst the pain. By the end, it’s hard to differentiate what you just heard, and harder still to figure out if you came away with anything you didn’t already have. (Also, for anyone heartened by recent interviews referencing the reintroduction of some of the band’s trademark traditional instruments: aside from moments on “Beloved” and “Wild Heart”, rumors of a resurrection are premature at best.)

The Verdict: Though “experimental” may be a bit of an overstatement, the best parts of Delta prove that, in the hands of the right producer, Mumford and Sons remain capable of recording radio-ready earworms that challenge expectations (a little, at least) while still retaining the major qualities that made them superstars in the first place. If they ever spend a little more time probing those boundaries and a little less time chasing down the next mammoth chorus, they might be capable of something even greater.

Essential Tracks: “Rose of Sharon”, “Picture You”, and “Delta”