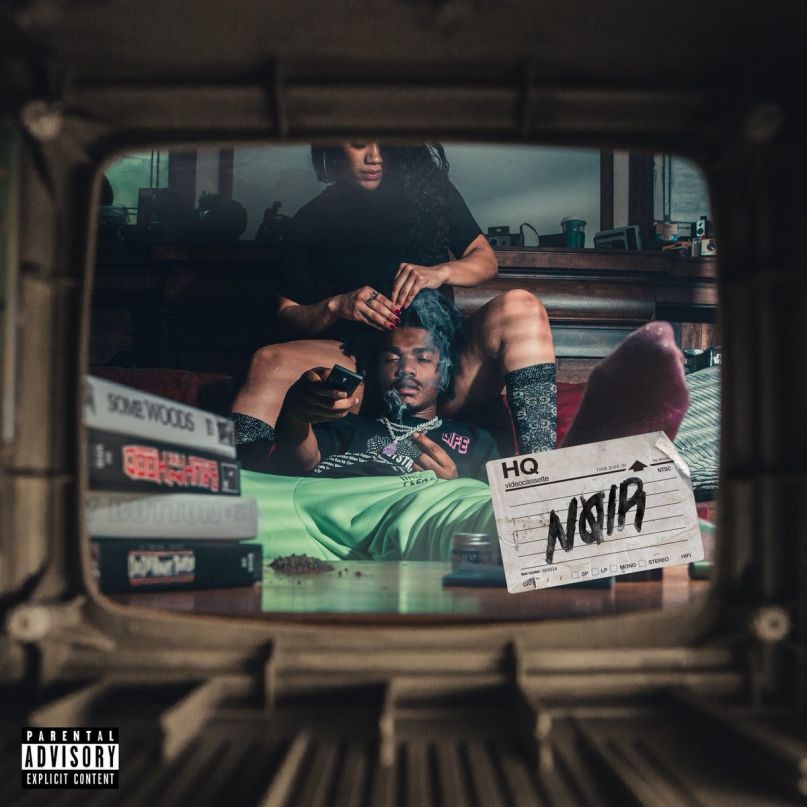 The Lowdown: St. Louis native Smino grew up listening to a lot of jazz and hip-hop. This foundation is what he used to create his jazzy, soulful, and futuristic style of rap. With his debut album, blkswn, he quickly gained a seat at hip-hop’s table of artists with unique sounds. Artists like SABA, Noname, Mick Jenkins, and Valee have also secured their spots at that table. On NØIR, Smino continues to effortlessly blend genres while showing he’s comfortable singing as well as rapping.

The Good: The 27-year-old flexes his vocal dexterity across this 59-minute spin. His natural voice is like a machine that can dial up several other vocalists at will. His vocal mastery is so rare that it’s hard to tell if he’s in a falsetto state or just hitting a regular note. His self-harmonies, baritones, shrieks, whispers, squeaks, and mumbles all act like condiments adding flavors to these songs. First track “KOVERT” acts like an appetizer that warms the ears up for the vocal versatility across the rest of the album. The harmonious “Uh huh” in the chorus of “PIZANO” pleases the soul in a special way. Smino also shines by sprinkling creative wordplay across many of his tunes. On “HOOPTI”, he rhymes: “Not being dramatic, life cinematic/ This one feel like a classic, you look like a classic/ Might pull up in a classic.”

Elsewhere on the album, it’s the unique instrumentals that engage the most. The tribal drumbeats at the end of “L.M.F.” introduce a short but exciting rhythm. The rare percussion sounds on “KLINK” and “FENTY SEX” create unforgettable moments. Meanwhile, piano and drums have a show of their own on “HOOPTI” and “MF GROOVE”. From the flow of samba groove on “TEQUILA MOCKINGBIRD” to the Jazz-like “SPINZ”, it’s clear that the creative rapper has fun exploring various sounds.

The Bad: It’s easy to get drawn in by Smino’s performance on this project, drool over his flow, and get excited by his vocal tricks. However, when there’s no connection on a song between the artist and listener, it can’t be hidden. Without sugarcoating it, this album is filled with almost as many lows as highs — perhaps falling victim to the more-is-more mentality that’s become an epidemic in hip-hop. While songs like “HOOPTI” and “PIZANO” will have you hitting rewind and repeat, others like “SUMMER SALT”, “Z4L”, and “LOW DOWN DERRTY BLUES” will have you hitting the forward button or waiting anxiously until they end.

The Verdict: Smino’s NØIR is the kind of music that can captivate so much that all you want to do is sit back, listen to the sonic beauty, and smile. Few other artists take such a creative approach in blending genres and crafting lyrics. Amidst a few bumps and some filler, the result of his exploration are several songs that are an intense pleasure to listen to.