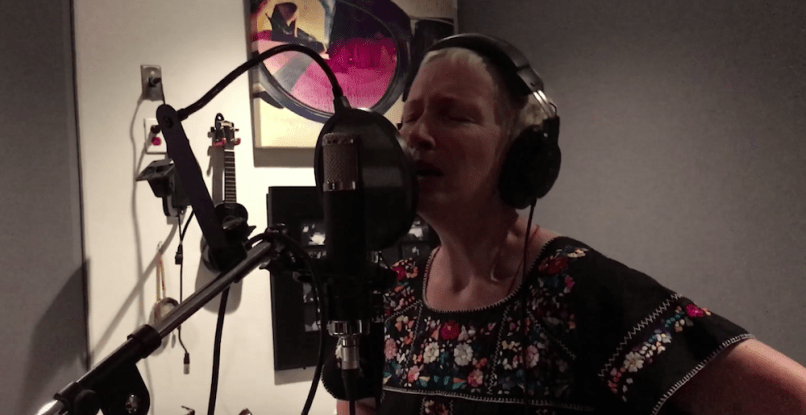 Former Eurythmics singer Annie Lennox has shared her first original song since her 2010 Christmas album, A Christmas Cornucopia. The track is called “Requiem for a Private War”, and the Scottish songwriter wrote it as the theme for the new biopic A Private War.

Directed by Matthew Heineman, the film tells the story of Marie Colvin, a determined foreign correspondent who relentlessly threw herself into the frontlines of war before being killed while covering the siege of Homs, Syria in 2012. As the video for “Requiem for a Private War” indicates, Colvin’s story is a powerful, shocking, and terrible one, which Lennox reflected in the song.

“Writing ‘Requiem for a Private War’ for the film A Private War has not only given me an opportunity to honor Marie Colvin,” said Lennox in a statement, “but also aims to amplify the ‘truth to power’ message she fought all her life to convey to the world, regarding the atrocious consequences of warfare and its effects upon innocent civilian populations.” Hence the stirring refrain of “Bring it on.”

Take a listen to the song via the video below.

A Private War is out now and stars Rosamund Pike, Jamie Dornan and Stanley Tucci. Proceeds from “Requiem for a Private War” will go to benefit the Marie Colvin Journalists’ Network, a nonprofit providing support to female journalists covering stories in the dangerous regions of the MIddle East and North Africa.