Are the Harry Potter Films Better Than The Books? 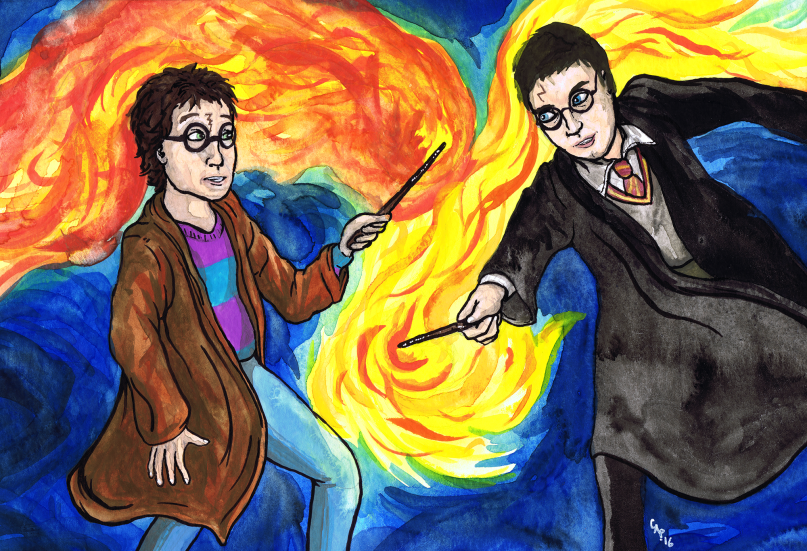 Beauty is in the eye of the beholder. Art is subjective. Music and movies aren’t about competition; they’re about artistic expression. Well, for those of you who know better than to believe those lies, welcome to another installment of Vs. This time, we figure out if the Harry Potter books or films are more magical.

In 2001, J.K. Rowling’s beloved Harry Potter books kicked off their parallel journey as the kind of sustainable, decade-long film franchise that modern movie studios have come to covet above most other things. The depth of Rowling’s world was tailor-made for film adaptations, the novels so rich in detail that any filmmaker with even a little bit of vision could make incredible things out of them.

Yet at times, it’s difficult to truly compare the two. The film series, by the nature of film and the necessities of making movies that could equally appeal to both die-hard fans and newcomers, had to cut so many of the smaller stories and side journeys that made the books so rich. Likewise, the films had the advantage of paring the stories down to their most essential elements, in hopes of translating the novels’ deep emotional and social resonance in far less time. Each offers its own pleasures, and preference is often as simple a matter as which one you grew up with. If you grew up reading the books, that relationship will always be different. If you’re among the people for whom ad nauseam replays of the movies on ABC Family (or sorry, Freeform) were a childhood touchstone, you might be of a different opinion as well.

We won’t pretend that we can settle the debate any more definitively than anybody else who’s tried, but that’s hardly deterred us from taking a crack at it all the same. We’ve put each of the novels and films head-to-head and hope to help continue the discussion of which work stands at the forefront of accomplishment. If you’ve had trouble shedding light on your own feelings about this, let us offer a helpful lumos. In the head-to-head debate, who’ll emerge as Head Boy of the respective series?