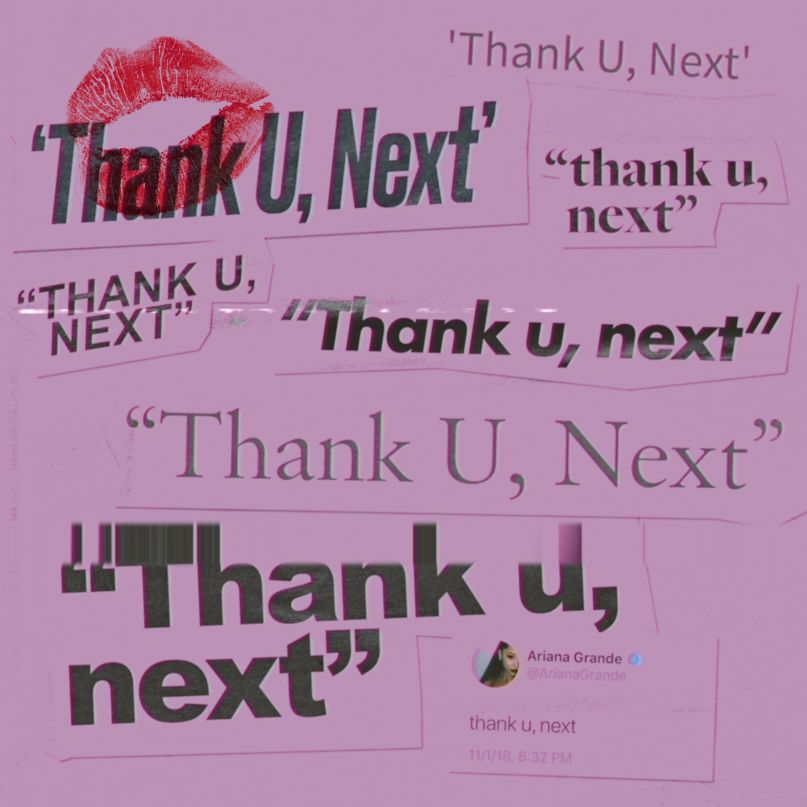 Ariana Grande - thank u, next

Ariana Grande has unveiled “thank u, next”, the title track and first single off her upcoming fifth album.

In a series of tweets announcing the album, Grande said there would be “no drags…. no shade….. jus love, gratitude, acceptance, honesty, forgiveness … and growth.” She also said the album’s first single is a “track about empowerment.” Having now listened to “thank u, next”, those descriptions hold true, as Grande uses the track to credit each of her former boyfriends — Big Sean, Mac Miller, and Pete Davidson — for helping her become the person she is today.

One taught me love/ One taught me patience/ And one taught me pain/ Now I’m so amazing/ Say I’ve loved and I’ve lost/ But that’s not what I see/ So look what I got/ Look what you taught me/ And for that I say/ Thank u, next”

Listen to “thank u, next” below. The track was released minutes before last night’s episode of Saturday Night Live. According to TMZ, Grande wanted to get in front of any comments Davidson made on the show, especially after he made a crack about their relationship in a promo video. Davidson did address their breakup during Weekend Update, but only had nice things to say about Grande: “I know some of you are curious about the breakup, but the truth is it’s nobody’s business. Sometimes things just don’t work out, and that’s OK. She’s a wonderful and strong person, and I genuinely wish her all the happiness in the world. Now, please go vote on Tuesday.”

Grande has not yet provided a release date for thank u, next. Last week, she announced an extensive world tour in support of her fourth album, Sweetener, which was released in August. The tour is scheduled to launch in March 2019, and you can get tickets here.