"They embraced so many different styles" 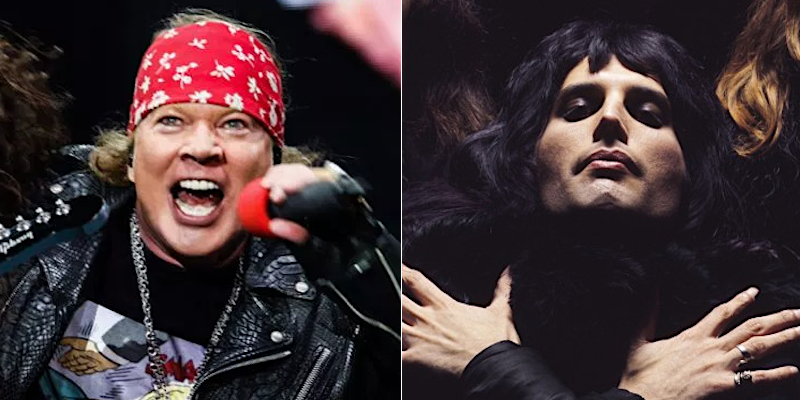 Prior to playing a show in Abu Dhabi that Guns N’ Roses eventually had to cut short because Axl Rose was “severely ill”, the singer gave a rare interview to a local media outlet, revealing his picks for the greatest band and frontman ever.

Rose famously performed “Bohemian Rhapsody” with Elton John and Queen at the “Freddie Mercury Tribute Concert” in 1992. You can watch that video below.

When asked about his favorite city to play, Rose responded, “New York will always be special for me. When we were in LA we were playing the Hollywood club scene, but New York is where we wanted to be. We have done so many performances there over the years – the city holds a lot of memories.”

As reported, Guns N’ Roses still managed to perform 17 songs in Abu Dhabi despite the fact that Rose had been “throwing up for the last five hours” and was “on IVs and a bunch of injections.”

GN’R close out their 2018 touring with a show in Johannesburg, South Africa, on November 29th, and the band’s first-ever concert in Hawaii on December 8th.

Previous Story
Jeff Tweedy reveals new solo song, “I Know What It’s Like”, plus 2019 tour dates: Stream
Next Story
Lorde has started brainstorming her next album, which “will probably be born around the piano in my house”
Popular
More Stories
[fu-upload-form form_layout="media" title="Submit Your Photo"][input type="hidden" name="ugc" value="1"][/fu-upload-form]