The Coens recall when the west was weird in the latest Buster Scruggs trailer: Watch

Their six-part omnibus Western debuts on Netflix on November 16th 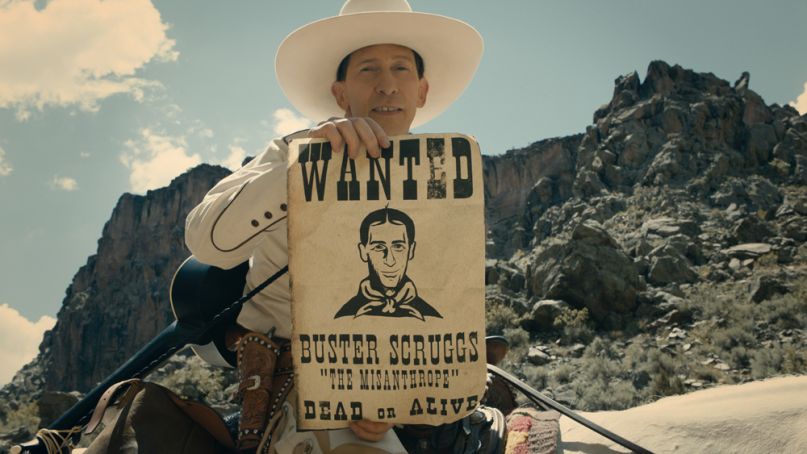 The Ballad of Buster Scruggs (Netflix)

It started as an episodic series and has instead become (checks notes) a…six-part movie, but The Ballad of Buster Scruggs is finally almost upon us. The latest from Joel and Ethan Coen, who’ve done more than anybody else to revive the Western in the last decade or so, the omnibus series follows the titular dopey gunslinger (Tim Blake Nelson). Like so many others in those days, Scruggs is more than his unassuming manner suggests.

The omnibus story brings the Coens’ penchant for human eccentricity to one of the objectively weirdest points in American history (seriously, read about anything from back then). While the style is certainly an expansive departure for the filmmaker, the style in the film’s latest trailer is pure Coen brothers. It’s another quick look at a broad series of stories, but the latest trailer suggests that something distinctly unique is on the way, in what’s shaping up to be a heavy-hitting finish to 2018 for Netflix.