Billy Idol becomes a US citizen: “It’s a nice day for a naturalization ceremony” 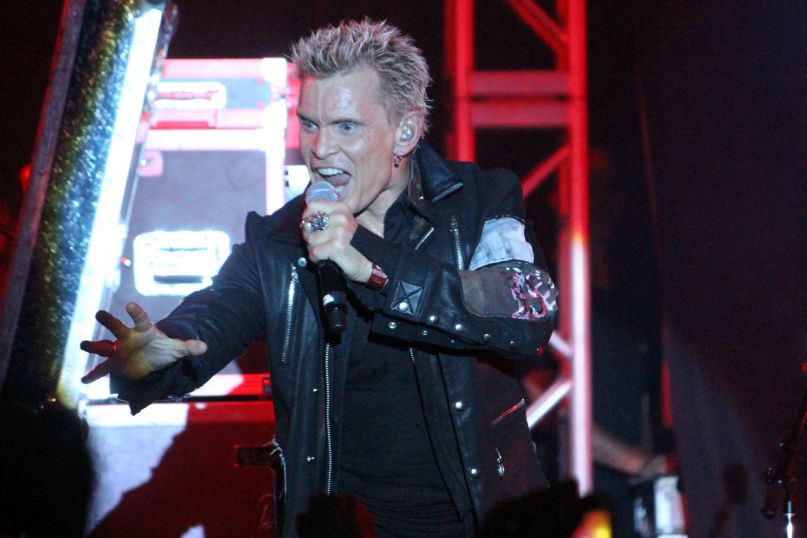 Punk-rock icon Billy Idol is officially a U.S. citizen, after completing a naturalization ceremony on Wednesday (November 14th) in Los Angeles. The 62-year-old British-born rocker has been living in L.A. for many years.

The U.S. Citizenship and Immigration Services even had some fun with Idol’s citizenship, borrowing a line from his classic song “White Wedding” when it tweeted, “It’s a nice day for a naturalization ceremony. Congratulations Billy Idol on becoming a #newUScitizen today in Los Angeles, CA,” along with a few photos of Idol at the ceremony.

While he was born in England, Idol spent part of his youth in the United States, as his family had moved to Patchogue, New York, when he was 2 years old, before moving back to England four years later. In fact, Idol’s younger sister, Jane, was born in the States.

Idol recently paid tribute to his old punk band Generation X, as well as the Sex Pistols, by performing an all-star show under the name Generation Sex with his Generation X bandmate Tony James and Sex Pistols members Steve Jones and Paul Cook. A full recap can be seen at L.A. Weekly, with video posted below.

Additionally, Idol has booked a Las Vegas residency set for January and October of 2019 at Pearl Concert Theater at Palms Casino. Dates can be found here.

Finally, Idol was a recent guest on Consequence of Sound‘s “Kyle Meredith With” podcast. Check it out below: