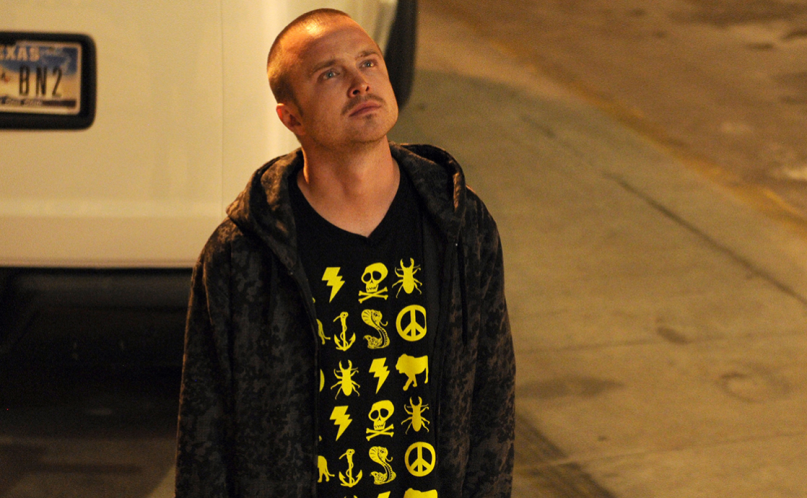 On Tuesday night, the Internet blew up like Tuco when word leaked that there was a secret film going down in New Mexico under the working title Greenbrier, with various sources tagging it to Breaking Bad. Well, according to /Film, you can bust out that baby blue because the rumors are true and the series is officially coming back as a feature film.

As suggested by the original report’s vague log line about “the escape of a kidnapped man and his quest for freedom,” the film will follow the misadventures of Aaron Paul’s always-in-trouble Jesse Pinkman. In other words, unlike prequel spinoff series Better Call Saul, the film will serve as the highly anticipated sequel to the 2013 series finale.

Even Walter White himself Bryan Cranston confirmed the news, telling The Dan Patrick Show that, “Yes, there appears to be a movie version of Breaking Bad but I honestly haven’t even read the script.” While he’s spoken to series creator Vince Gilligan about the movie, he hasn’t yet been asked to reprise his role — which would be quite difficult unless they leaned on flashbacks or went the Dexter route — but don’t count him out.

“If Vince Gilligan asked me to do it, then sure, absolutely,” Cranston insisted. He also more or less confirmed the reports of this being Pinkman’s story, adding, “This idea, from what I’m told, gets into those, at least a couple of the characters that were not completed as far as their journey.” So, there you are.

As previously reported, Gilligan will write, executive produce, and possibly direct the movie. Filming is set to begin this month in New Mexico and will wrap in February. Currently, there is no word on whether or not this will be a theatrical release or will find its way on to AMC as their forthcoming Rick Grimes trilogy will do in the not-so-distant future.

Anyone wanna go get some Los Pollos Hermanos?