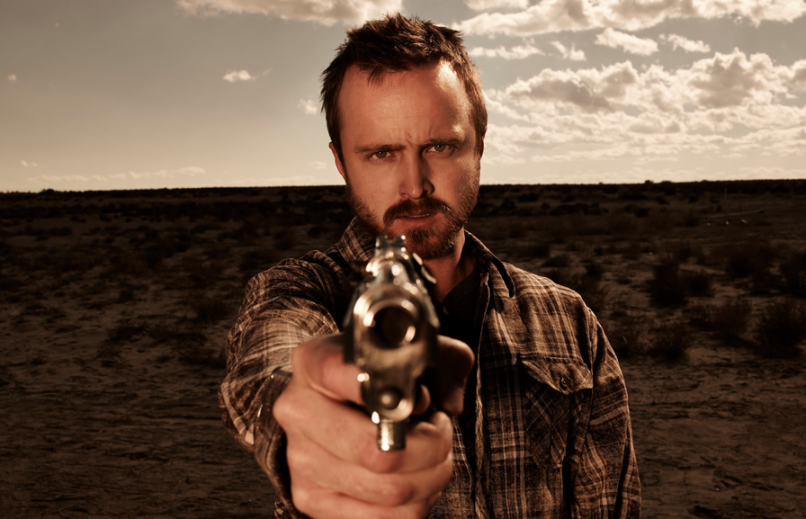 Yeah, bitch! Breaking Bad is heading to the silver screen.

According to the Albuquerque Journal, there’s a hush-hush film heading into production in New Mexico later this month under the working title, Greenbrier, which its sources have confirmed as being related to AMC’s iconic series.

As the Journal reports, “a source close to the project said it’s about the escape of a kidnapped man and his quest for freedom,” which should have fans doing their best Walter White impersonation as they scream in unison: “Jesse!”

Update – November 7th: Breaking Bad star Bryan Cranston has confirmed that a movie is indeed in the works.

Now, before everyone celebrates with a bag of baby blue, know that the New Mexico Film Office would neither confirm nor deny the report. However, the Film Office did confirm that Sony is involved, the same company which owns the series’ IP and which recently signed creator Vince Gilligan to a three-year deal.

The Hollywood Reporter has gone a step further with its sources confirming that Gilligan will write the script, executive produce, and possibly even direct what’s being touted as a two-hour movie. Right now, it’s unclear whether it’ll be released theatrically or for TV.

To add more weight to the report, the news comes only two days after AMC announced it’s in the business of making feature films, as the network plans on rolling out not one, not two, but three goddamn movies based on The Walking Dead. So, this would fit that model, too.

What’s more, actor Aaron Paul, who played surviving drug dealer Jesse Pinkman, has been incredibly vocal about returning to the character, a sentiment that has also been echoed by Gilligan. In other words, this “quest for freedom” could easily belong to our favorite beanie-wearing peddler.

Of course, they’ll have to find a way to wrench him away from Westworld.