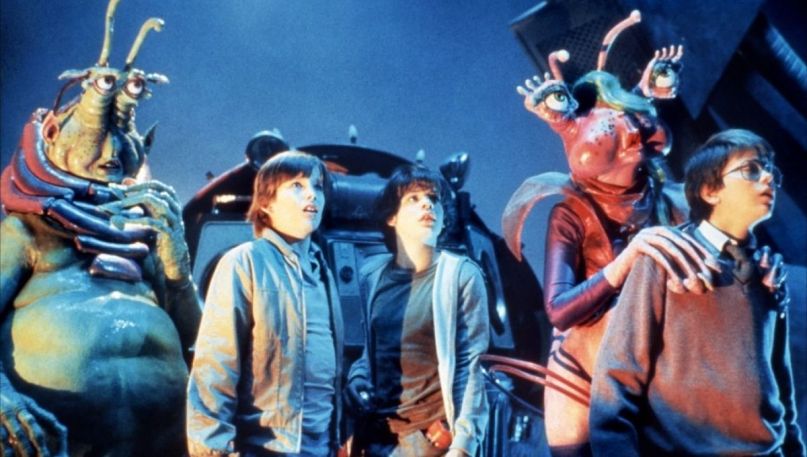 One of the many Spielberg offsprings to come out of the ’80s is Joe Dante’s Explorers. The film follows three latchkey kids — two of them being the late River Phoenix and the great Ethan Hawke in their on-screen debuts — who build a spacecraft. Although the final act totally sucks, the build up remains imaginative fodder for both indoor and backyard kids who love to build and look to the stars.

Now, according to Deadline, filmmakers Cary Fukunaga and David Lowery are hoping to bring that magic to today’s generation of youngsters with a new series based on the film for Paramount. The two will write the script and story bible with one of them directing the pilot should the network give them the greenlight, which would be a wise decision.

Why? Well, given the talent behind it, this has the potential to be an incredible production. As we saw with last year’s screenplay for It, Fukunaga has a strong grasp on writing kids that come off less precocious and more natural, and when you couple that with the balmy heart of Lowery’s affecting Pete’s Dragon remake, you’re looking at a dynamic collaboration that could warrant something truly memorable.

What’s more, the possibilities are endless, especially if they go the DIY route, where we watch them figure this shit out on their own. The problem with the film is that they nix that magic by the final act, not only revealing subpar aliens, but essentially nullifying that feeling of discovery by turning the sandbox narrative into a morality parable. Skip that part and you’ve got Stranger Things in Space.

In the meantime, both have their hands full: Fukunaga is directing the 25th Bond movie, while Lowery is currently doing promo for his Robert Redford swan song The Old Man and the Gun and will next work on a “fantasy epic” retelling of Sir Gawain And The Green Knight for A24.