The encompassing box set was put together by Cornell's widow, Vicky, and his former band members and friends 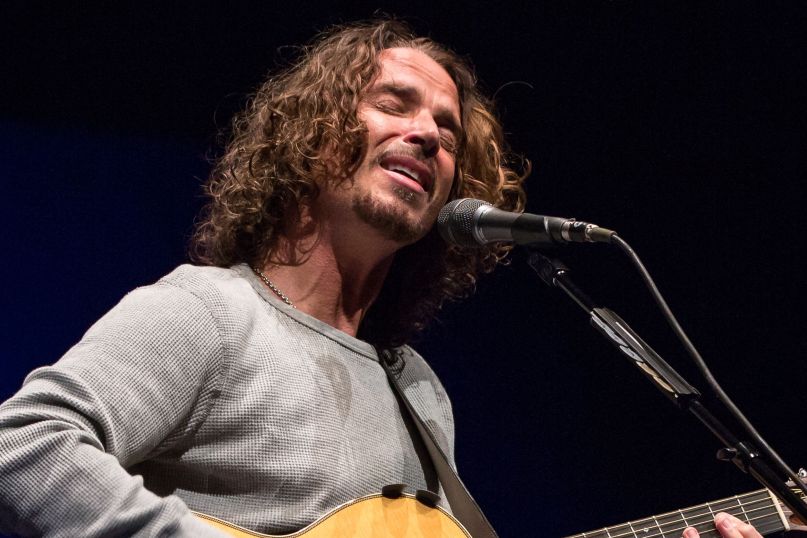 Today marks the release of an eponymous career-spanning box set comprised of Chris Cornell’s unreleased recordings. Subscribers of Apple Music and Spotify can stream it below.

The set was curated by Cornell’s wife, Vicky, in collaboration with his former bandmates and friends. It packs 64 tracks that encompass his work with Soundgarden, Temple of the Dog, and Audioslave, as well as his own solo work. To demonstrate the vastness of his catalog, the liner notes were written by a diverse array of Cornell’s collaborators, including Soundgarden’s Kim Thayil and Matt Cameron, Audioslave’s Tom Morello, Temple of the Dog’s Mike McCready, and producer Brendan O’Brien.

In an interview with Rolling Stone, Thayil said the set represents “the breadth of his career, and the large spectrum of stylistic approaches to songwriting and the growth that was shown.” He added, “Obviously Chris isn’t there to put in his two cents, so we have to try to appraise what his feelings and sentiments will be. There are some cases where I remember distinctly that Chris didn’t like this song, or he didn’t like this record, or he didn’t like this particular version, so it’s like, ‘Let’s don’t use it.’”

The set features 11 previously unreleased tracks, including “When Bad Does Good”, which just received a music video starring his son, Chris Cornell Jr. Also included is a live recording of Cornell’s duet with Yusuf/Cat Stevens on “Wild World” and covers of Prince’s “Nothing Compares 2 U” and Bob Marley’s “Redemption Song”, both of which he recorded with his daughter, Toni.

Thayil also hints that there’s new, unheard Soundgarden songs that have yet to be released. “We were working on an album before everything came to a head, so we have some pretty strong demo material that we’re still trying to finish developing and accessing some of the recording material, to be able to flesh it out,” Thayil said. Whether or not it will ever see the light of day remains up in the air.

Chris Cornell is available in multiple CD and vinyl configurations, which you can check out here. See the artwork full tracklist below. In related news, a tribute concert honoring the rock legend is scheduled to take place in Los Angeles next month, featuring Foo Fighters, Metallica, and Ryan Adams, along with members of Soundgarden, Audioslave, and Temple of the Dog.