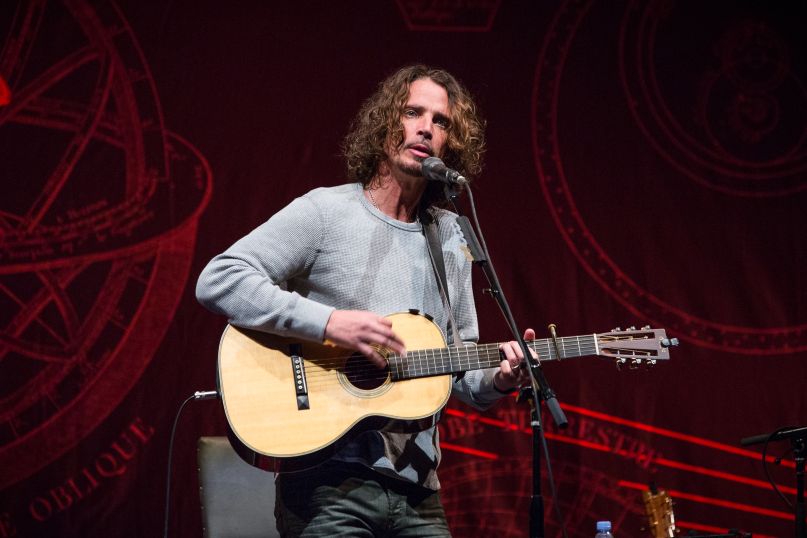 A new four-disc box set spanning the late Chris Cornell’s career and containing 11 previously unreleased tracks arrives this Friday (November 16th). One of those songs is “When Bad Does Good”, which was released in September upon the box set’s announcement. A 15-second preview clip of the music video has been unveiled, and it stars the legendary Soundgarden frontman’s son, Chris Cornell Jr.

The brief clip of the video, which will be released in full on Friday along with the box set, shows Cornell Jr. riding around a Seattle neighborhood on his bicycle delivering newspapers, reports Billboard. One of the homes he delivers to has the phrase “I Am Not Your Blowing Wind” on its stone step, a reference to a line from the Audioslave song “I Am the Highway”. See the clip in the tweet below:

Update 11/16: The full video for “When Bad Does Good” has been released. Watch it here.

The Cornell box set contains a combination of solo songs, Soundgarden tracks, Audioslave tunes, and more. A full tracklist can be seen here.

In other news, Cornell’s widow, Vicky, recently filed a lawsuit accusing one of the rock icon’s doctors of negligently overprescribing prescription drugs to the late musician.